Pure Electric Car Sales In Germany Up 25.8% Year Over Year in April 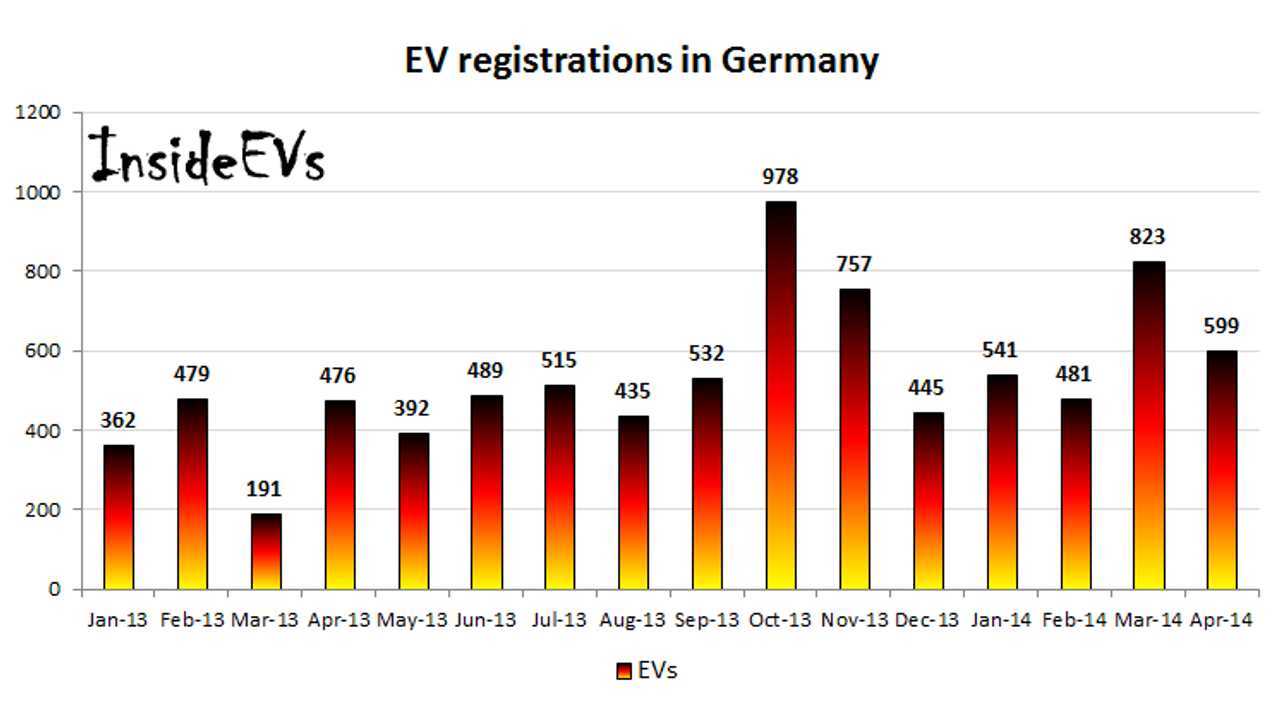 Sales of pure electric cars are still growing in Germany. By 25.8% year over year in April in fact, despite a shrinking (by 3.6%) automotive market.

The total number of pure elctric registrations amounted to 599, which translates to approximately 0.2% market share. After four months of 2014, Germany has 2,444 new pure electric cars.

For comparison, the number of hybrid registrations is 2,309 in April, from which 302 are plug-in hybrids. After four month, PHEV registrations stand at 723. KBA has some inaccuracy in plug-in numbers due to different methodology before 2012, so we are not 100% sure that these figures are accurate.

In total we see at last 901 plug-in vehicles registered in April and 3,167 for this year.

BMW i3 has highest number of registrations in April - 274 and 912 YTD. If our understanding of KBA data is right, 166 are pure electric i3 and 108 are REx. This would mean that (using the same table from previous months) BMW i3 logged 601 EV registrations and 347 REx this year.

And what number for Mercedes-Benz B-Class Electric Drive, which for sure should have some registrations included in 599?

If only other countries could do as well as we do at tracking plug-in vehicle sales.  Maybe someday.

On the EV Sales blog we see interesting numbers for Mitsubishi Outlander PHEV - 118 in April and 135 YTD, but Volvo V60 Plug-In despite just 33 in April, still leads YTD with 139. Opel Ampera fell apart with 6 and 33 respectively. Porsche Panamera Plug-In has 10 registrations and 28 after four months.

And this is cool - the first seven BMW i8 registered this year in Germany.