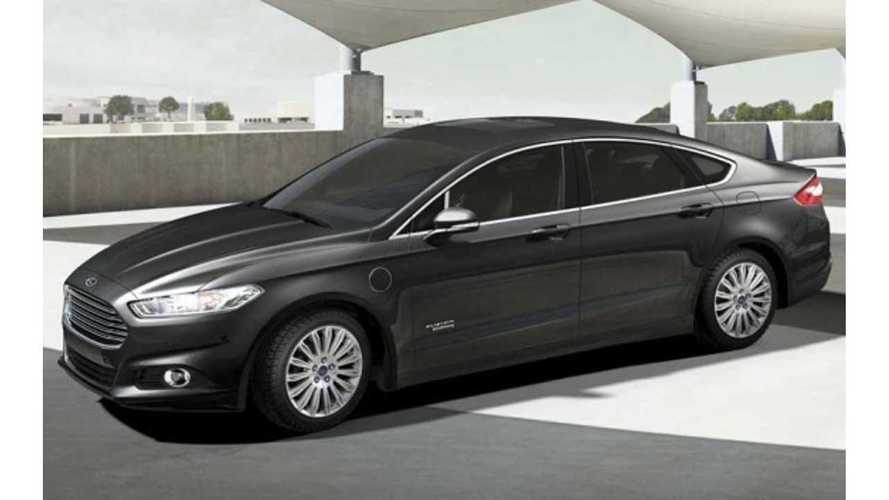 Apparently, that level is not enough for Ford.

This price point is down from the near $40,000 price tag when the car first debuted in January.

Ford Family Of Plug-Ins - Both The Fusion And Focus Have Been Lowered By $4,000 In The Past Year

UPDATE:  We got in contact with Ford, and a spokesperson made this statement (we also expect some kind of official announcement shortly as well):

"Ford sold more plug-in vehicles in the fourth quarter of 2013 than both Toyota and Tesla, and we will remain competitive in the marketplace. The Ford Fusion Energi Plug-in Hybrid’s new starting MSRP of $34,700 does just that and is an important part of our commitment to provide customers with a range of electrified vehicles to choose from."

Understanding the Chevrolet Volt has 38 miles of range versus the Fusion Energi's 21 miles, and due to the higher federal credit given on the Volt - $7,500 vs $4,007 , we don't expect the Fusion Energi to be passing the Volt's monthly sales levels anytime soon, as the Chevy is effectively still $4,008 dollars cheaper.

However, the Fusion Energi is now definitely a serious competitor to the Volt, as well as to its stablemate, the C-Max Energi - which is screaming for a MSRP reduction now (currently price at $32,920), and the Toyota Prius PHV (from $29,990) as the plug-in Fusion boasts being not only a mid-size sedan, but seating for five.