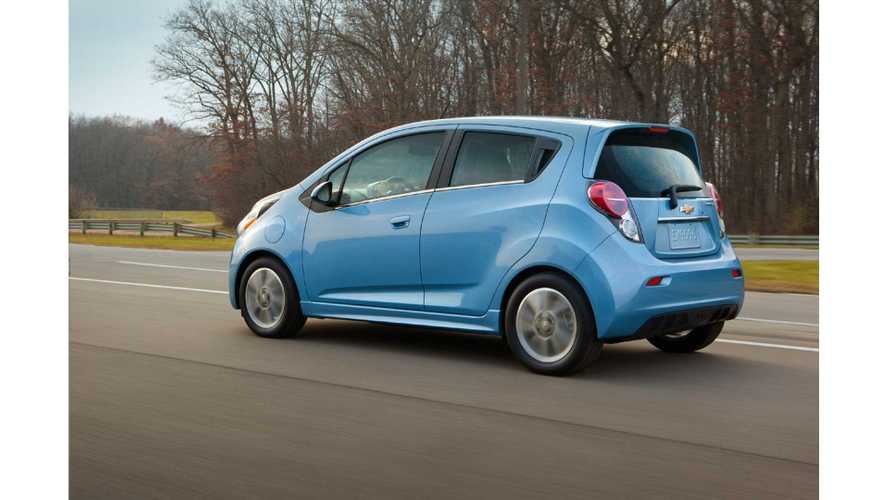 139.7 Miles Is The Mark To Beat In A Chevrolet Spark EV

Earlier this month Nick Jaynes at Digital Trends set out to achieve a new Chevrolet Spark EV distance record on a single charge.

On paper, according to EPA the Spark EV's range is pegged at 82 miles with 129 MPGe in the city and 108 MPGe on the highway, but for maximum range tests none of these metrics applies as a speed of around 18-20 mph is the optimal travelling speed on a closed course - at least according to Chevy engineers.

Long story short, the number eventually set was 139.7 miles.  Unfortunately there is room for improvement as the cruise control in the Spark EV can only be activated as low as 24 mph - a feature that Mr. Jaynes takes advantage of.

So, if you want to take down this record and you have about 8 hours to kill driving like your Grandad who just lost his license but still wants to go to Joe's diner across town to get the same cup of coffee he been drinking for 50 years, then have at it.

More than the range number itself (and as someone who has attempted a controlled long distance run when the Nissan LEAF), we can understand how Digital Trends' story ends up being more about the journey than the end result.

Over the 6+ hours, Nick grapples with the reality of being restrained inside a pretty small car while dealing with his 'personal needs' (of which a empty Gatorade bottle comes in handy) as well as some hunger pains (his lunch was lobbed through the window).

"...I shared my hard-earned mileage record with the fine folks at Chevrolet. Apparently a room of EV engineers gasped when they learned of my range achievement.  When I prodded the Chevy reps to see if my effort was an official record, though, they were unwilling to say specifically. The most they would reveal is that they know of no other range test that exceeded my 139.7 miles, making it an unofficial record."

"Why the aloofness from Chevrolet? Simply, the reps were concerned with upsetting the EPA."

Check out the whole article on the long distance run here - a good primer before you attempt any marathon runs yourself.

Sidenote: (because you know you want to know) we managed to coax 152 miles out of a Nissan LEAF travelling in a huge oval for just over 8 hours