Chevy Spark EV a Casualty of Chevrolet Closure In Europe 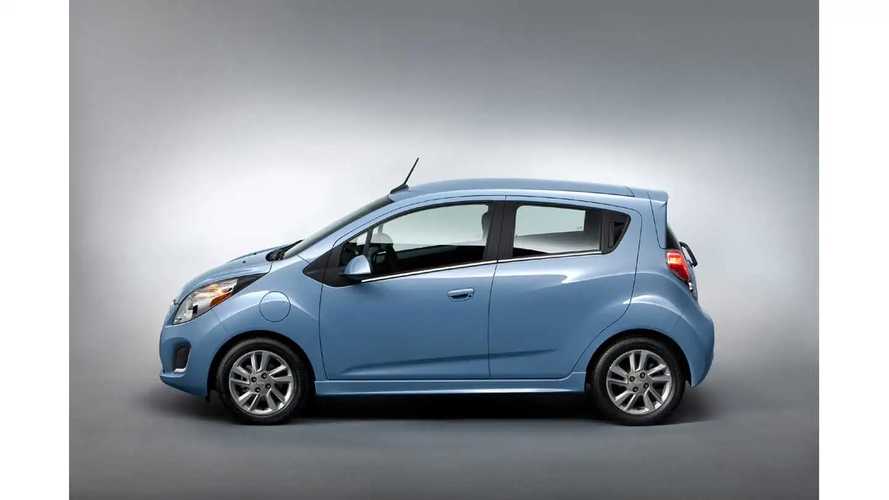 Spark EV Helps You "Find New Roads," But Not If Those Roads Are in Europe

The Spark EV was initially set to launch in Europe sometime in 2014.  The deferment meant that Europe wouldn't see the Spark EV until the market developed to a point at which General Motors thought Europe was ready for the Spark EV (paraphrasing the words of GM).

We've now completed the Spark EV Europe puzzle with this statement from our source at GM:

"Heard from the GM Europe team. They said there are no plans to sell the Spark EV in Europe at this time."

We had speculated that GM deferred the launch of the Spark EV in Europe for a reason; General Motors' removal of the Chevrolet brand in Europe now means that it likely would not possible to offer the Spark EV there.

There's still no official launch date for the Spark EV in Europe, which to us lines up with the no plans to sell the Spark EV there.

Remember when General Motors announced this two or so weeks ago:

“Beginning in 2016, GM will compete in Europe’s volume markets under its respected Opel and Vauxhall brands. The company’s Chevrolet brand will no longer have a mainstream presence in Western and Eastern Europe, largely due to a challenging business model and the difficult economic situation in Europe.”

That announcement brought with it the InsideEVs report that the Chevy Volt would no longer be offered in Europe beginning in 2016.