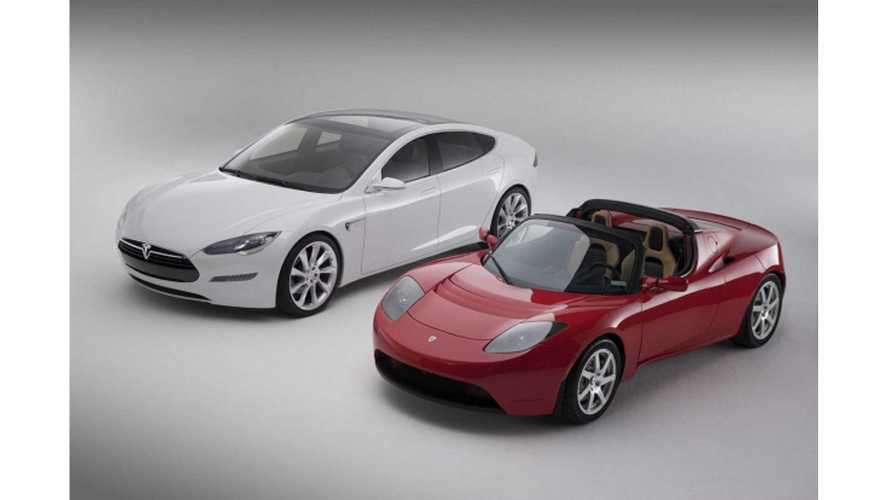 Every so often here at InsideEVs we try to revisit the past.

This time, we thought, why not turn to Tesla Motors.

The now-successful automaker doesn't have all that much history to revisit, but we did manage to turn up Tesla CEO Elon Musk's first-ever post published on the automaker's blog.

It's dated August 2, 2006 and titled "The Secret Tesla Motors Master Plan (just between you and me)."

Even way back then, Musk dreamed big, but what's most interesting here is that Tesla has achieved 3 of the 4 main objectives laid out by Musk nearly seven years ago.

Here are those objectives:

2. Use that money to build an affordable car

3. Use that money to build an even more affordable car

You do have to put yourself back in 2006 to understand just how bold Musk's objectives were at the time.  Critics back then considered Musk to be a mad man.  But he would soon prove them wrong, as you'll see below:

2. Use that money to build an affordable car -- Tesla Model S

3. Use that money to build an even more affordable car -- Incomplete, though work is thought to be underway on that cheaper, electric BMW 3 Series competitor

It's likely that only Musk had thought Tesla would be able to achieve 3 of those 4 objectives in less than 7 years' time, but as we've witnessed now on far too many occasions to list, Musk and Tesla are ready, willing and able to do the unthinkable.

Going forward, should we ever doubt Tesla's ability to deliver on its claims?