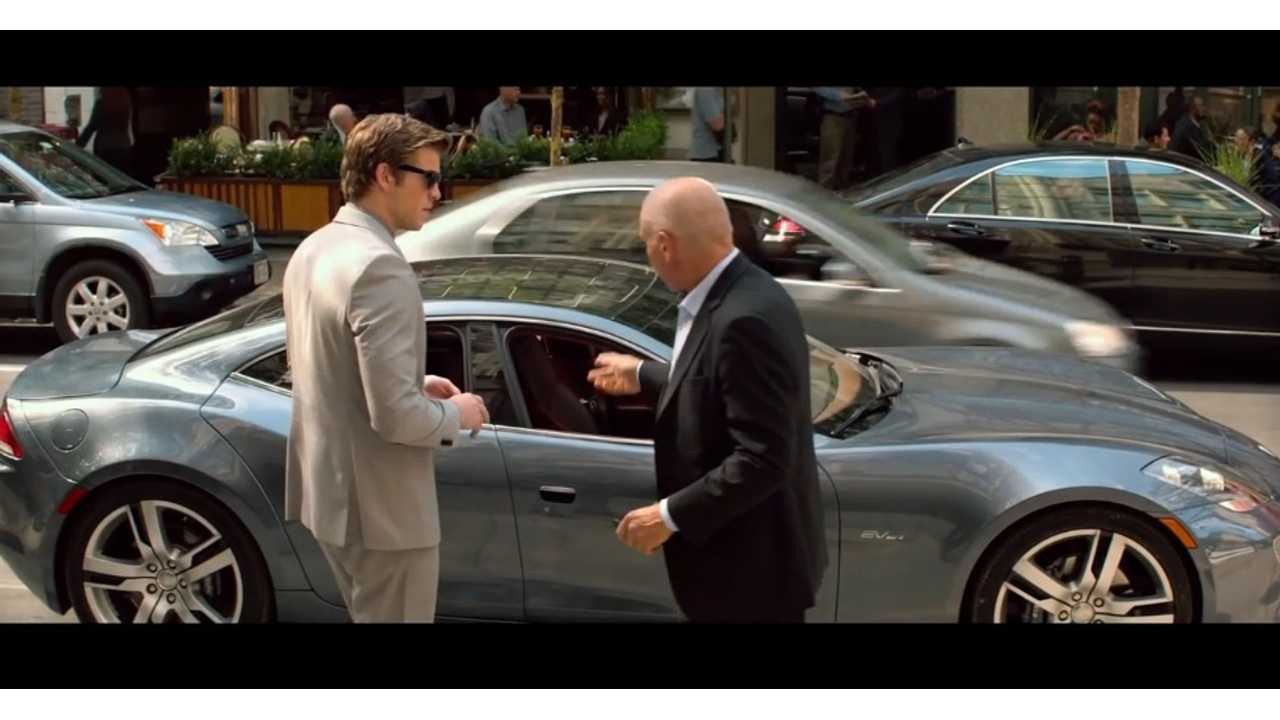 On August 13th, the Fisker Karma will likely be making its last promotional appearance in the new feature film Paranoia, which stars Harrison Ford, Liam Hemsworth, and Gary Oldman.

Here is the premise of the story from the film itself (heads-up for irony):

It is unclear at this point whether or not Fisker paid to have the Karma placed in the low-budget ($15 million) movie; however, given the way it is prominently featured like a bag of Doritos in Wayne's World....we kind of think so.

Why would Fisker promote its car, or make it available to the studio, when it is clear the company is now a whisker away from going bankrupt or from being sold off?

One has to remember that Hollywood films generally have a lead time of at least two years once they are green-lit for production.  In this case, Paranoia began principal filming almost a year ago in July of 2012...which interestingly enough was also the last month Fisker was still producing the car in Finland.

Of note:  It appears the Karma shown in the movie has had some slight modifications done to it, as the front grill assembly has undergone a swap of some kind.

The car first appears at the :54 mark, then is featured with both of the leading actors at 1:10, and briefly again the end of the trailer.  (Just for fun, and for those of you not born in the 80s...we added the Wayne's World product placement clip as well)