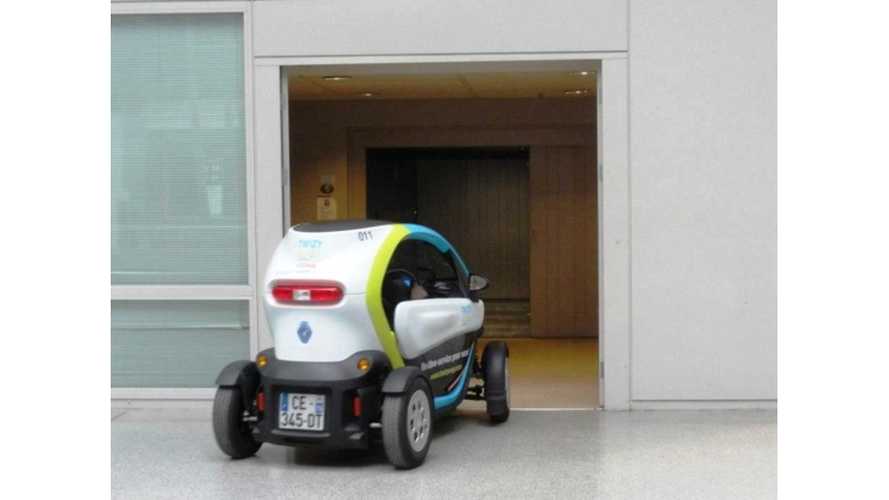 The Twizy is vending-machine friendly!

It's Friday, so we've decided to bring you an off-the-wall post that features an electric Renault Twizy zipping around indoors.  This, according to Renault, showcase how agile the Twizy truly is.

The images you see are of a Twizy zipping around Renault's Technocentre in France.  The electric quadricycle is driven by a Renault employee and both star in the short film below.

"All parking slots are occupied? Why not reach your office at the wheel of Twizy? That's the crazy idea we had at the Renault's Technocentre in Guyancourt (France). Twizy is so agile that you can sneak in and out almost everywhere!"

What's a Twizy?  The Renault Twizy is an electric city car (legally classified in Europe as a quadricycle) produced by hand in Spain.  The quadricycle has a claimed range of up to 62 miles and costs well under $10,000.  It launched in March 2012 and is now available throughout most of Europe.

The Twizy was the top-selling plug-in electric vehicle in Europe in 2012, with approximately 9,020 units sold.