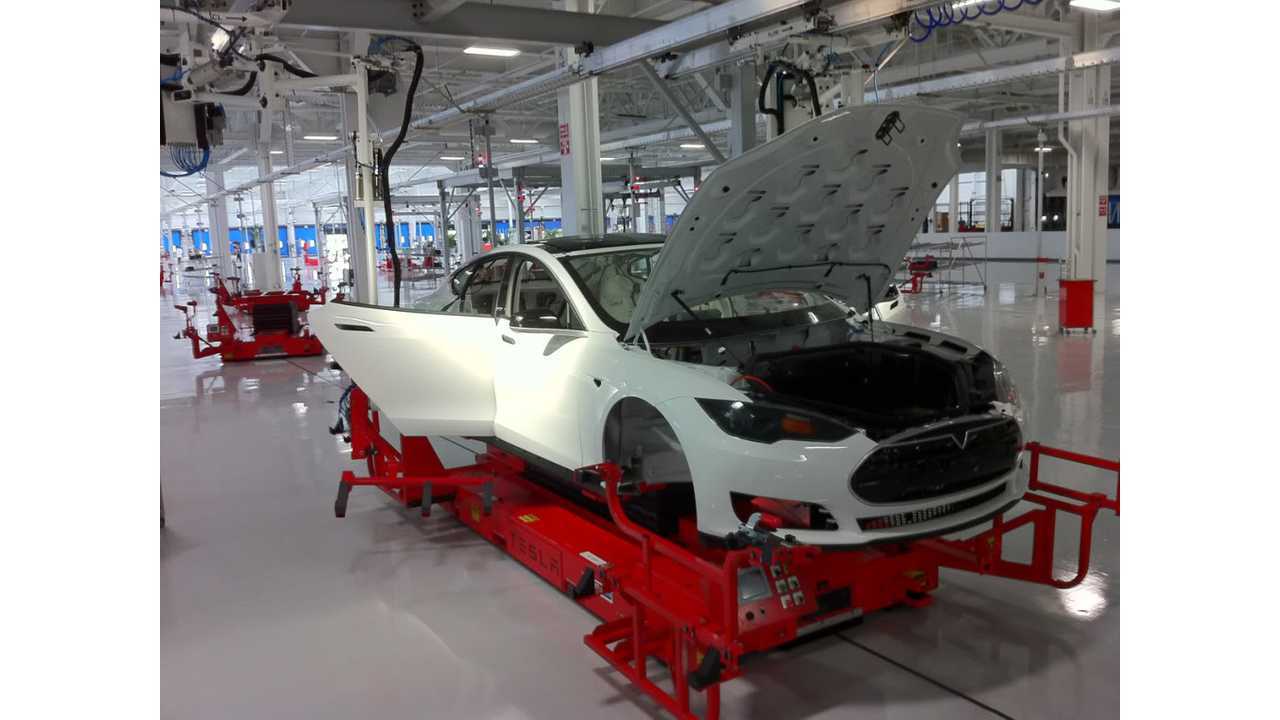 The best word to explain happenings at Tesla of late in regards to production and sales is slippage.  And for those of us waiting on a new Model S to be delivered, Tesla has just delivered some more "not so great" news.

Yesterday, Tesla spokesperson (and commission salesperson) George Blankenship, reached out and offered a new timetable for customers to expect production and deliveries to start on their non top-of-the-line/non-85 kWh sedans.

"Our original plan was to deliver 5,000 Model S in 2012.  In our November letter to shareholders, we reduced our 2012 plan to between 2,500 and 3,000 while re-affirming 20,000 deliveries in 2013.  This basically "shifted" our production ramp back about two months for all option not available a the start of production.  Our original plan was to begin production of 60 kWh cars in November, 40 kWh cars and Standard (Coil) suspension in January, and new red exterior paint in March.  Our current production ramp takes this original plan and shirts each item back approximately 2 months except for the new red."

No Delays On Black Model S Sedans, As Everyone Knows They Are Both Faster And Have A Greater Range Than Other Colors

Below is the current Production Sequencing Timeline for 2013:

Tesla then explains that once they being production of the (40 kWh or 60 kWh)Model S the customer has on reserve, their sequence number and order date will determine their position in the build schedule.

Tesla says they expect to be producing about 400 cars per week as each option phases into production.  Doing the math on the estimated 5,000+ orders of entry level sedans, if you reserved a 40 kWh Model S this week, you can probably expect it somtime in July of 2013.

Mr Blankenship then reflects on the progress of company and its communication level to date on deliveries of the Model S:

"We will continue to provide regular updates regarding these options as each gets closer to phasing into production.  We have not done a great job at all in the past regarding communication on these items,  I fully acknowledge our shortfall in this area.  We now have a much better understanding of what it will take to bring each of these options into production and will do a much better job of communication about them going forward.  Rest assured we will move as quickly as possible on each item."

Tesla also notes that they will be announcing the 60 kWh EPA range certification soon.

Random point of interest:  Mr. Blankenship also personally feels your pain in waiting for the Model S, as he personally receives a commission of $15 for each Model S Tesla delivers in 2012.