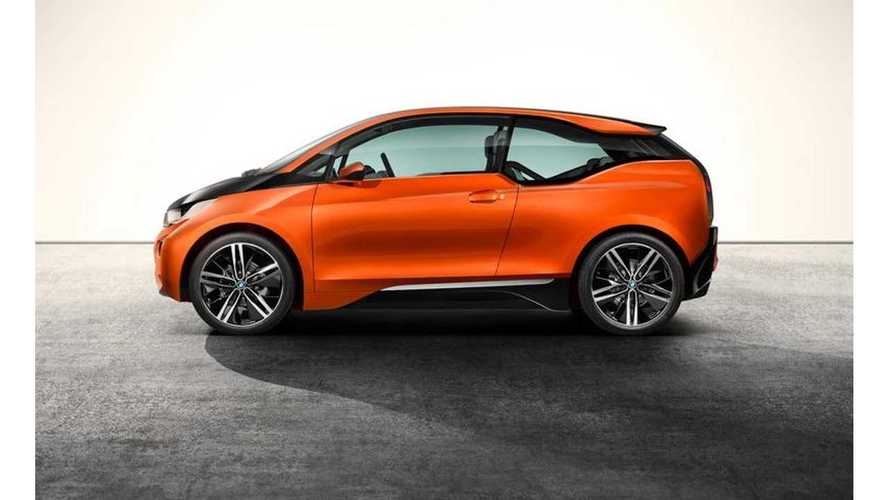 What was originally thought to be the worldwide debut of the all new i4 concept is actually the premiere of the i3 Coupe Concept.

Some Birds Eye Up Their Next Victim

The i3 Coupe Concept is the third model shown in the i brand lineup from BMW, joining the 5-door i3 and the extended range i8 supercar.

The i3 Coupe Concept is basically exactly what it sounds like, a 3 door i3.   However, it is being shown in what we can only class as production trim (goodbye overused see-thru doors), so we expect it may find its way into production very quickly if it is received well.

The i3 Concept Coupe features a body fully made from carbon fiber, and has the same wheelbase as the production i3, although the coupe is a couple inches wider.  BMW's new "stream flow" design can be seen more clearly in the side window styling and the Coupe's roof line than that of the 5-door variation.

The vehicle's powertrain features a electric motor located in the back and a single-speed transmission powering the rear wheels. The unit is rated at 125 kW (170 hp) with 184 pound-feet of torque.

The i3 Coupe has three driving modes, Comfort, Eco Pro and Eco Pro+, to maximize performance and battery range longevity.  BMW says that the vehicle can travel about 100 miles on a full charge; however that might have something to do with BMW's  "Eco Pro+" setting which maximizes the i3's speed at 55 miles per hour.  We will call it 100 miles with an asterisk*

On this inside, everything is future tech-chic.  Nothing about the interior is analog, as the dash and center console is made up of a 6.5-inch TFT display and an 8.8-inch center-stack display.

The 5-door i3 goes on sale in the fall of 2013 as a 2014 model and is expected to be offered as both a pure electric vehicle and with an extended range option (ala the Chevrolet Volt) starting at about $45,000.

Up To 100 Miles Of Range In Eco Pro+ Setting