Top Takeaways From Battery Analysis Of 5,000 EVs For 1 Year

Some of these findings may surprise you,

The Recurrent platform welcomed its first EV drivers in September 2020. One year later, as five connected cars became five thousand, we have learned a startling amount about the batteries on the road.

The goal for this article is the same as the mission of my company: We want to accelerate EV adoption by adding transparency and confidence in the battery, which has been a literal and figurative black box.

If you’re not following along at home, Recurrent provides battery reports for electric cars, particularly used electric cars. We offer free monthly reports for EV owners and are arming used EV shoppers with the ability to get instant battery analysis on cars they are considering, with just a couple of dashboard photos.

This shared data powers Recurrent’s reports each day and has created an incredible knowledge base on used cars across brands and models. These are the 5 biggest things that we have learned in the last year.

For as long as used cars have been bought and sold, people have valued them based on the odometer reading. A low mileage car that’s five years old goes for a premium because it’s presumed to be in good shape.

That rule of thumb no longer applies when it comes to used EVs. Our early data science work confirmed that odometer is no better than the 4th or 5th best predictor of battery condition, behind such factors as calendar age, exposure to extreme heat over time, charging behaviors and driving patterns.

We’ve seen vivid examples of this on both sides: A 2013 Nissan Leaf with less than 20,000 miles -- incredibly low mileage for an 8 year old car -- with a battery that was so degraded it barely got 35 miles of range in cold weather conditions. But we’ve also seen 2013-2014 Leafs that get better than their original EPA range today in ideal temperatures, with much higher odometer readings.

The recent full recall of all Chevy Bolts underscores this. Chevy will be putting new battery packs in every existing Bolt. In the 1000 Bolts that we’re connected to and providing monthly battery reports for (representing approximately 1% of all Chevy Bolts on the road in the US), the average current odometer reading is 27,000 miles, with some up to more than 100,000 miles. Within a few months, every one of them will have a brand new battery, turning back their effective age to 0 and with substantially improved ranges. They should be valued accordingly.

Range is king for a used EV. The EPA range for an EV is wrong on day 1 because it doesn’t account for temperature fluctuations, driving efficiency differences or small variances in the manufacturing quality of battery cells.

Why can’t you simply charge it up fully and look at what the range says to understand what you’re going to get if you buy it?

The current temperature and recent weather conditions can impact the dashboard estimate of range. Every manufacturer’s battery management system works differently in how they attempt to accurately predict range at any given moment, based both on recent history but also on a prediction of what the driver might do next. And there are clear cross manufacturer differences on how volatile, optimistic or pessimistic the remaining range predictions are. For a great example, compare Chevy and Tesla.

Recurrent’s approach to our range reports on used EVs relies on a lot of data. We have over 10 million unique data points from 29 different makes and models of EVs on the road in many different temperatures, so when we score a vehicle for sale, we’re comparing it using machine learning models and can statistically model for an accurate range estimate.

As we work towards our vision of a highly-functioning used market for EVs, which is so important to encourage the automakers and dealers to push rapidly into new EV sales, it’s become clear how difficult it is to access battery data in a scalable way necessary to build confidence for the second and third buyer of each EV. We’ve been fortunate to build key partnerships that have helped us with driver acquisition and data access and see the results in our data models. The more vehicles, the more cross-referencing data sources and the more time that passes, the better we are at modeling battery and range degradation for every make, model and year of EV at every temperature.

Used car market is huge, complicated and not ready (yet) for EVs

None of them have figured out how they’ll adapt their business models as EVs increasingly flood into the used car ecosystem, going from less than 1% today to 8% of all used car sales within 5 years, while at the same time new EV sales race from less than 3% to 18% market share on the new vehicle side.

This year, as has been well documented, has been dominated by historic supply shortages of used cars caused by ripple effects from the COVID-19 pandemic. Used car prices, including used EV prices, have been soaring, and the industry has been consumed in the short term with finding supply to meet market needs. That has meant that relatively few existing ecosystem players have been able to prioritize looking around the corner and getting ready for this transition, but we’re excited to be talking with the few folks in the used car industry that are thinking ahead.

Most of the 5000+ current EV owners that have signed up to share anonymized data with Recurrent in exchange for monthly battery reports are early EV adopters. Think of your friend who has a Tesla and you don’t want to go on roadtrips with them because they won’t shut up about their Tesla the whole time! (Spoiler: our company is full of those people, too.)

It’s not just the Teslarati. There are passionate communities of Leafies (Nissan Leaf drivers), Bolties (Chevy Bolt drivers), The Unbridled (Ford Mustang Mach-E drivers), The Riven (Rivian’s future first gen adopters), and on and on. Early EV adopters have lots of motivations, including environmental benefits, gas savings, they’re fun to drive, and more.

But regardless of why someone is an early adopter, we’ve noticed that they are tolerant of a lot of changing and rough-around-the-edges experiences, both with their cars and with us. As we stumble through a myriad of early user experience challenges, data connectivity issues and data science edge cases, it’s impossible not to appreciate the patience of our people who love EVs, calmly working around bugs and diligently suggesting ways we can improve our software.

This is about to change. The 70% of people who are now considering an EV for their next car purchase are mainstream consumers. They won’t have the patience for bad charging experiences and they won’t have the same interest in diving into data science along with us. They need simple answers to the questions they are increasingly asking: “How’s the battery in that used EV I’m considering? What kind of range will I get now compared to when the car was new? What will that look like 3 years from now in the winter?” That’s who the entire EV industry is ultimately working to serve. 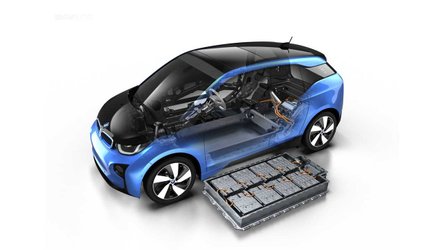 Scott Case is the co-founder and CEO of Recurrent, a company committed to making it easier for people to buy and own electric vehicles. Prior to Recurrent, Scott spent 10 years as Chief Operating Officer at an energy efficiency software company called EnergySavvy. Scott was the 2019 Entrepreneur-in-Residence at University of Washington’s Clean Energy Institute and a co-founder of Ada Developers Academy, a non-profit training program for women and gender-diverse individuals going into software engineering. Scott has a B.A. from Williams College and MBA from MIT’s Sloan School of Management.

By: Scott Case
Published by: Eric Loveday
++
++
Got a tip for us? Email: tips@insideevs.com