It's a pleasant and competent vehicle, but it won't really make you covet one.

Opel has been part of the Stellantis group since March 2017, so it’s now controlled by what used to be called PSA or Peugeot-Citroen. It is no longer a GM brand, but the company’s latest EV, the Mokka E (also sold as a Vauxhall), feels like a transitional vehicle, with some GM elements as well as ones from PSA and not really a personality of its own.

Its platform is PSA’s CMP (the electric vehicle version of the EMP1 architecture), which will be rebranded as STLA Small in the future, but this basically means the Mokka E is identical mechanically to the Peugeot e-208 and e-2008, as well as the Opel Corsa E and the DS3 Crossback E-Tense.

The Mokka E is the electric version of the subcompact Mokka ICE crossover, the higher-riding alternative to the electric Corsa. It looks completely different to the Corsa and its design is closer to that of the new Astra in style and the switchgear is a mix of PSA and GM.

Out on the road, the Mokka E felt indistinguishable to the DS3 Crossback E-Tense that was the previous vehicle based on this platform that I had driven. It has the same light steering, soft suspension and generally relaxed demeanor, as well as nearly exactly the same performance.

As I point out in the video review, were you to blindfold me and not allow me to touch any of the interior panels, I would not know if I was in the Mokka or the DS3 - the driving experience or being a passenger feel extremely similar. If you were to let me touch the interior, I would immediately be able to tell, because the Mokka has the least premium feeling interior of all vehicles built on this platform.

It’s not a bad vehicle, just one that will be bought more as sensible transportation, rather than being an impulse purchase prompted by feelings of desire. What might make people consider buying it is the fact that it is also the most affordable crossover built on this platform - it undercuts the DS3 by about €5,000 in most markets and the Peugeot e-2008 by around €1,000 and for some cost-conscious buyers, that will be the deciding factor - in Germany, Mokka E starts at €34,110 before incentives.

Make sure to check out my video walk-around and review to see what this vehicle is about as I try to add even more context to it. 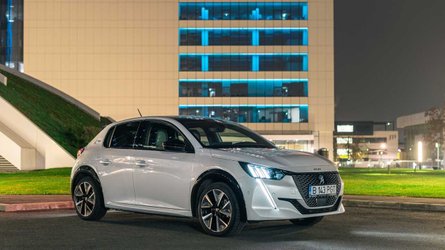 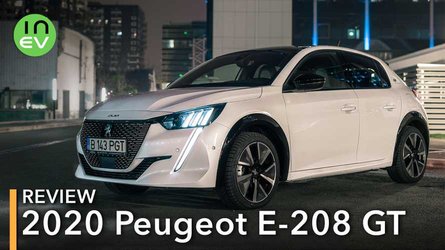