There is a certain level of comfort in not changing the format of your car reviews for decades, but the cars get more and more modern.

The voice of John H. Davis is synonymous with MotorWeek, where he has been a host for 40 seasons now. Over the years, he has reviewed cars like the original Volkswagen Scirocco and now he’s casting his judgment on the brand new ID.4, but his conclusions about it are still on point.

He argues that the ID.4 is not an electric vehicle designed to excite you or to look particularly flashy. Quite the contrary: it is average to drive (nowhere near as fun as a Tesla Model Y or Ford Mustang Mach-E), it doesn’t have bold styling and in many regards it’s still reassuringly Volkswagen.

His conclusion that the ID.4 is not dominated by the fact that it’s electric is exactly what I felt when I drove the first fully-electric VW crossover earlier this week. It really does, as John points out, feel like just another crossover that just happens to be electric, although I will say that its impressive turning circle, as well as the serenity inside the cabin while on the move are better than in comparable gas cars.

Overall, the ID.4 is rated as a good, solid choice for those looking to buy an electric high-rider and don’t want to just go out and buy a Tesla. Obviously, Volkswagen doesn’t have a comparable charging network, so you will be losing out on that front if you opt for an ID.4 over a Model Y.

We also tried out the ID.4 earlier in the year, at an official press event where we didn't have that much time with the vehicle, and then when we put it through our trademark 70 mph range test. Make sure to check them out. 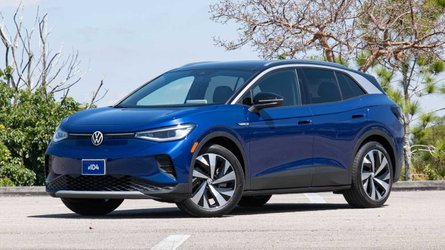 Cheaper Than In Europe, VW ID.4 Might Not Be Profitable In the US
⠀ 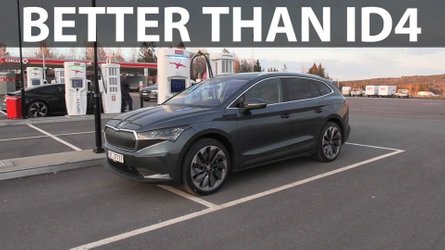