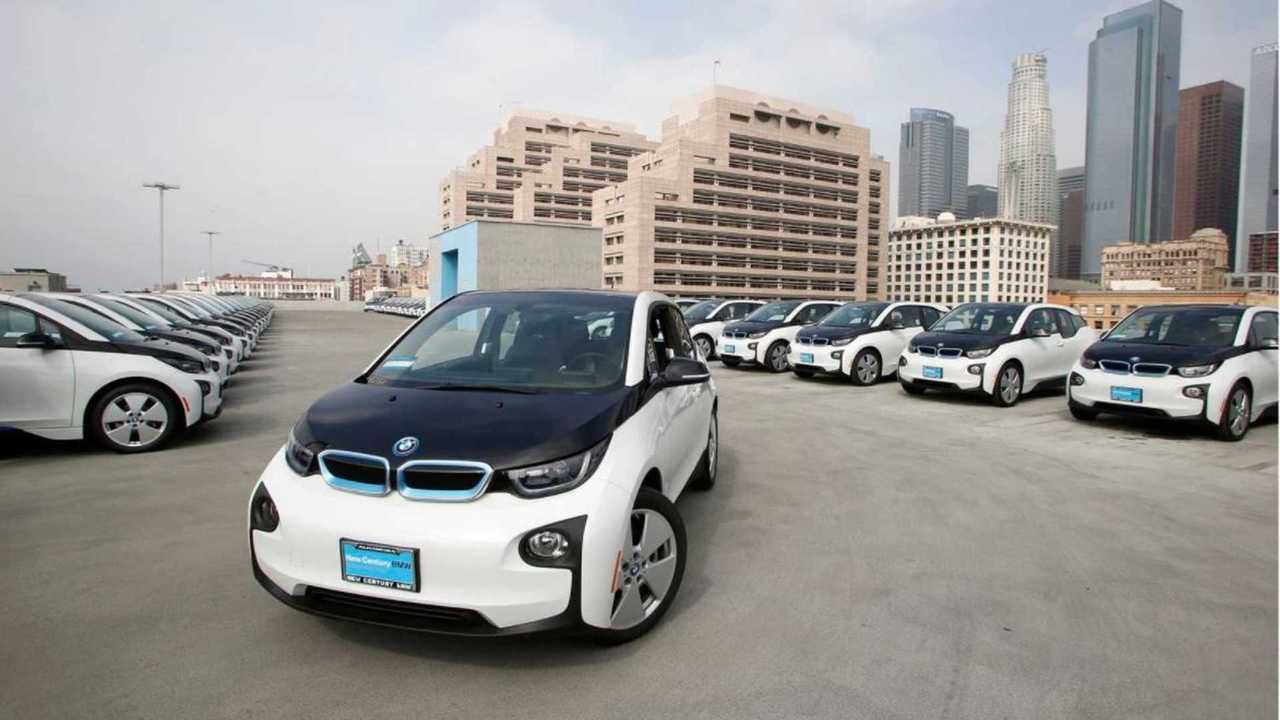 The city of Los Angeles has had its sights on becoming a paradigm for fleet electrification for the past several years. Included in the electrified fleet was law enforcement. Thereafter, BMW won a bid with LAPD to supply one hundred BMW i3s each year for three years via lease starting in 2016. In 2016, LAPD took delivery of one-hundred BMW i3s (LA Mayor's Office).

Editor's Note: Andrew Lambrecht is a high school senior who runs an electric cars news website (thecurrentreview.com). He has always been very interested in electric cars, and since he will be applying to colleges soon, electrical and environmental engineering are on his mind. Congrats to Andrew for the nice website and hard work.

Fitted to the 2016 i3s were the base 22kWh battery pack, the Deka World interior package, and the standard 19" aluminum rims, which look like a depressing version of Tesla’s aero wheels. The 22kWh battery pack provided 81 miles on a single charge; nevertheless, none of the models included the optional gasoline range extender. For 2017, optioned was the 33kWh battery pack providing a much more robust 114 miles. It has been rumored that LAPD has already taken delivery of the 3rd lease concatenation sometime recently.

Despite the good intent, many view the program as unsuccessful. Howard Jarvis Taxpayers Association president, Jon Coupal, said “If they’re spending more than $1 million for vehicles that they don’t even put 10,000 miles on in three years, that suggests that this is not a particularly good use of taxpayer dollars.” (LA News Daily). Furthermore, in 2018, a CBS Los Angeles report revealed that a few i3s haven’t even breached 1,000 miles (CBSLA). So while the outrage ensues, rest assured that your next car might be a barely-driven EV for less than $20,000.

New Century BMW, the dealer that handled the leases initially, is currently selling them as CPO models, again. Although some may show surprise, an article from Business Insider stated that later shipments might arrive again soon. There are six i3s in this new shipment, each of which cost $19,995 and have between 7,281 and 9,481 miles.

While the first shipment had many more bargains, this is not as impressive. Since all have no additional equipment, like the all-important Technology or Parking Package, I’d say do a bit more shopping. However, since these are Certified Pre-Owned (1-year/unlimited-mile basic after the 4-year/50K-mile expires) and all have an odometer that equates to around 70 charge cycles, it may be a great option as a commuter car, which is assumed to be the wonted habitat.

More BMW i3 News And Deals:

The only issue that one may see is that some of these i3s were sitting, presumably for prolonged periods. We do not know the charging intervals in which these vehicles partook (perhaps call LAPD, but not by 911), so it's hard to tell if these vehicles have undergone the appropriate care. The reassurance is that the cars are covered under the federally-mandated 8-year/100K-mile battery warranty. Regardless, since these do not have the gasoline range-extender, zero to sixty times are a bit quicker, and this is a RWD carbon-fiber monocoque at heart, so the BEV i3 is quite possibly the best used EV for under $20,000.