A Tesla May Be A Solid Option For Surfing Road Trips 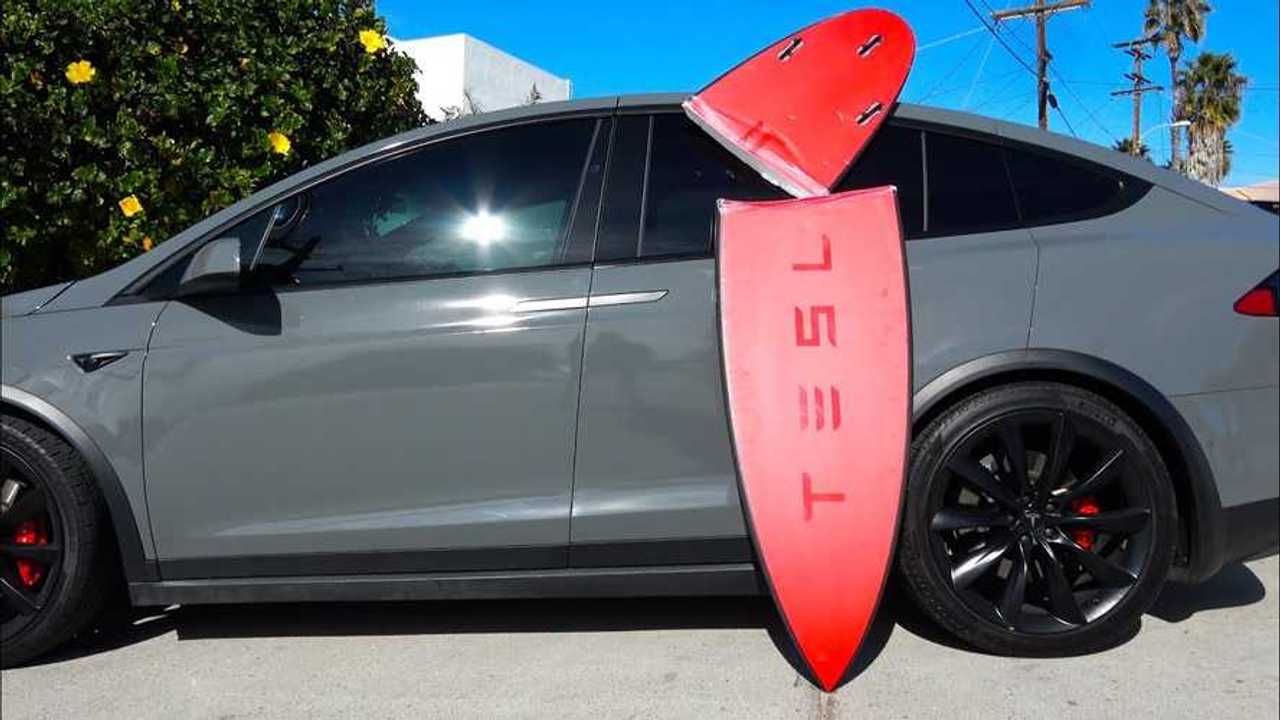 'Without electric vehicles, America’s obsession with driving will continue to have catastrophic consequences for the climate.'

Surfer Gabriela Aoun is becoming increasingly concerned about the impact of climate change on the ocean. In a recent article for Men's Journal, Aoun notes that "without electric vehicles, America’s obsession with driving will continue to have catastrophic consequences for the climate."

Above: A Tesla could be an ideal car for the avid surfer (Source: Tesla)

Why does this hit home for surfers? According to Aoun, "Since the rise of the combustion engine, surfers, like many outdoor adventurers, have had a self-defeating reliance on fossil fuels—where chasing swell can contribute to the destruction of the natural playground on which we depend. If you’re not reaching waves by foot or bike, you’re probably doing so by car or plane, emitting greenhouse gases that are steadily ruining everything we love about the ocean."

“Greenhouse gases emitted from cars and planes are being absorbed by the marine environment, making the ocean more acidic,” explains Pete Stauffer, environmental director at the Surfrider Foundation. “This change to ocean chemistry threatens the survival of a variety of marine species including corals, crabs and plankton. Climate change is also making the ocean warmer, causing sea level rise and the loss of beaches and surf breaks around the world.”

"If surfers want to preserve the viability and purity of the waves they ride, they’ll have to mitigate this impact, and quickly. Electric vehicles can play a crucial part, by eliminating tailpipe emissions," writes Aoun. "As surfers, our way of life is at particular risk, since global warming and pollution will destroy the ocean as we currently know it."

And, "with an estimated 2.3 million surfers over the age of 18 in the country today, and based on 2011 data on how often and how far surfers drive to the ocean, American surfers might be driving as many as 4.5 billion collective miles a year to ride waves. That equates to about 2 million metric tons of CO2 released into the atmosphere."

Above: At one point, Tesla even decided to sell their own limited edition surfboard (YouTube: InteriorPH)

Okay, so EVs definitely make sense for surfers. But what about the hours of long road trip adventures to exotic, far-away beaches? Aoun says, "Admittedly, Tesla makes it especially easy to drive an EV long distances, since you can depend on the company’s own charging infrastructure, which is well maintained and strategically mapped out. When driving other EVs, I’ve had to rely on third-party charging stations, which all too often are broken or full."

She adds, "Tesla’s 'Supercharger' stations will charge your car halfway in about 15 minutes, and up to 80 percent in about half an hour. I thought the adjustment from filling a gas tank in a couple minutes to charging a battery for as much as an hour would be difficult, but I quickly fell into a routine of strategically timing charging sessions to coincide with coffee breaks or grocery runs."

"When I first drove the [Tesla], I was skeptical of its surf-trip compatibility," says Aoun. "But some of those over-the-top features actually come in handy on a road trip. For instance, 'Dog mode' allows you to turn off, lock and leave your car with your pet inside, and to set climate controls from your cellphone to keep them comfortable while you’re buying more firewood or checking the waves."

And, of course, it's not all about long-distance road trips for surfers. Auon admits, "more often than not, the average surfer isn’t on some off-grid strike mission—they’re rushing to the beach to squeeze in a session before taking their kids to school, or grabbing a couple waves as the sun sets after work."

In the end, Aoun says of her Tesla experience, "I grew to love the convenience of not carrying a key, and I may or may not have indulged in the 'Caraoke' app while sitting in traffic, but what I loved most about driving this car across California was the deep satisfaction of knowing that traveling hundreds of miles was having a significantly lesser impact on the natural environment I set out to enjoy."