Orwell wrote a fable about the perils of political revolution for a gullible proletariat. Animal Farm could never happen to Tesla’s fanbase. So before petrol-pimping pundits compare Tesla to Animal Farm, let’s pre-debunk this meme.

Every time disruptive technologies come along to better people’s lives, cynics scrabble out of the woodwork, roach-like, proclaiming peril. “The written word will impair people’s memory! Calculators will make people bad at math! Social media will one day be manipulated to steal elections!”

***UPDATE: seven days after InsideEVs published this caustic essay -- and about 2000 days after fans began impotently whispering about Tesla's poor customer service -- the company announced its latest commitment to invest more money on customer service. Tesla had previously claimed it was systematically focusing on service and supercharging in July 2019, that saw improving customer service as a top priority in January 2019, and Elon Musk tweet-promised one-hour body shops and better service in response to poor customer service quality in late 2018. Not to belabor the point, Tesla promised a "quick and seamless" service experience in a July 2017 YouTube video, and proudly claimed customer service was its "top priority for every customer"  in 2012.
The author hopes that Tesla will -- for once -- reciprocate fans' loyalty instead of abusing stakeholder trust for shareholder gain. No one deserves a relationship where the other party takes advantage of them, all the while insisting "this time we really mean it, we promise we'll treat you better."

So before petrol-pimping pundits compare Tesla to Animal Farm, let’s pre-debunk this meme.

Matthew Klippenstein has chronicled the Canadian plug-in electric vehicle sector since 2013 and writes for the National Observer. He does not own or short Tesla stock, never has, and never plans to, with the exception of owning one share for a few weeks in 2018 to vote for stronger governance. He tweets from @ElectronComm and his EV Farm substack can be found at evfarm.substack.com

***Editor's note: This article comes to us courtesy of the author. The opinions expressed therein are not necessarily our own at InsideEVs,

Animal Farm is a cautionary story about revolutions in general and Communism (socialism) in particular. After the animals overthrow the humans, life starts off better for them but quickly deteriorates for the animals who aren’t pigs - the new leaders - or their attack dogs. Everyone knows that by the end of the book, the animals can’t tell the pigs from humans, but Orwell actually cuts the jugular a few paragraphs earlier:

“[Pilkington] believed that he was right in saying that the lower animals on Animal Farm did more work and received less food than any animals in the county.”

Tesla could only parallel Animal Farm if vehicle quality, customer experience and so forth reached a pinnacle in the early Model S days, then deteriorated to the point where Tesla owners now suffer both worse quality AND worse customer service than they had under legacy OEMs, who would be the humans of the story.

I remember early Model S owners being doted on during purchasing and receiving white-glove service back in 2013. By late 2015 the purchase experience was still special, but service appointments could take a few weeks. Animal Farm would only apply if Tesla now has buyers pick cars up sight-unseen without recourse to sales staff to correct defects; if it takes more than 30 seconds to reach Tesla service by phone or leave a voicemail; and if the company is also unresponsive to email, forcing customers to complain on social media. How likely is that hat trick? 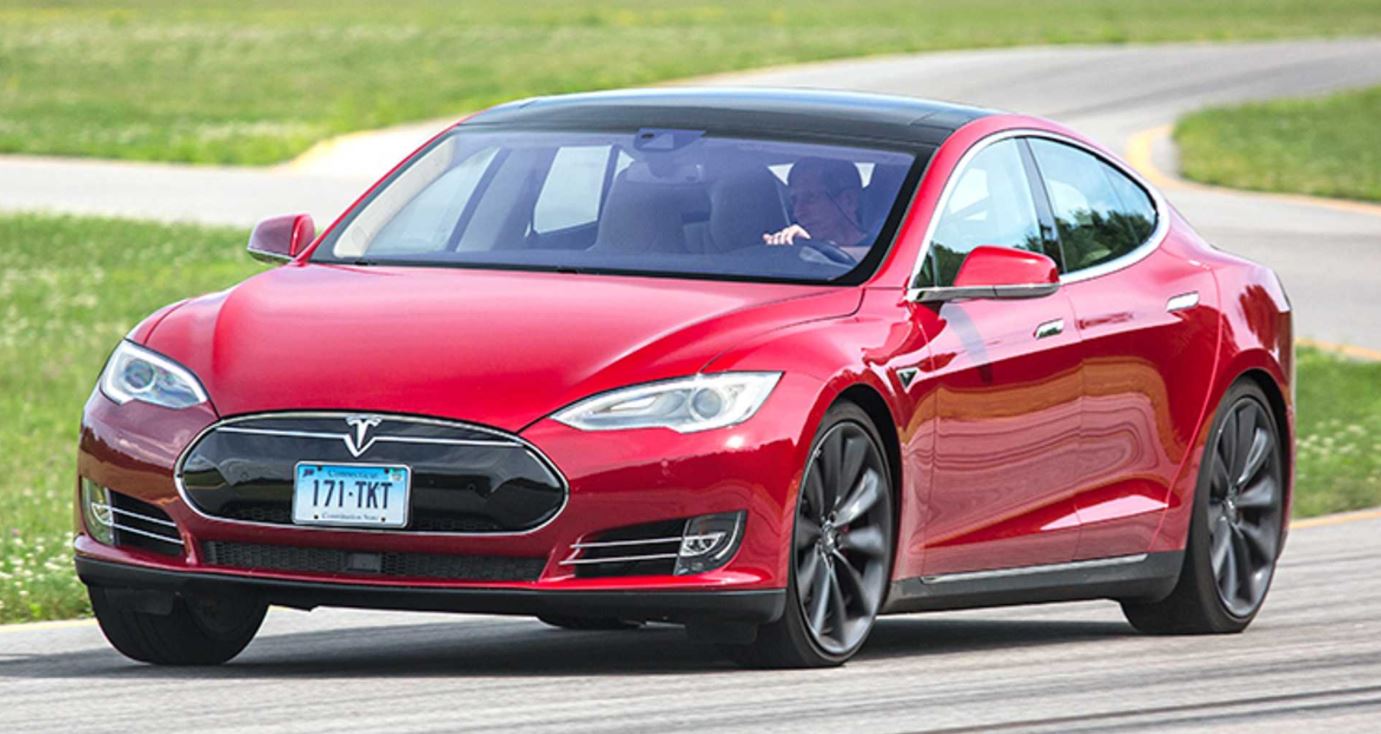 As for product quality, Consumer Reports famously gave the Model S a hard-to-beat 99/100. Tesla whiffed the sequel: the Model X got an abysmal score, which the Model 3 easily beats. The only way the Model 3 could represent a deterioration would be if Tesla halved the paint it sprayed on each car to hit production targets and raise the stock price to benefit insiders (pigs) at the expense of paying customers (lower animals). Or designing bumpers that weren’t puddle-proof. I know, I know -- we’re drifting into fantasy here.

Even in a double-reverse backwards Bizzaro universe where this actually happened, Animal Farm’s pigs used spokespig propagandists (such as Squealer) to justify their self-enrichment and the lower animals’ victimization. There could only be a Tesla parallel if blogger apologists were shareholders (pigs, in Orwell’s rubric) excusing second-class treatment of workers and employees (the lower animals). “Some animals are more equal than others”, and all that.

Furthermore, Tesla stans are known for their thoughtful, considered self-reflection. Lesser men might shout down objective journalism as FUD, the work of saboteurs, or even the devious workings of short-sellers, but Tesla’s fans demand -- and get -- accountability, as proven by the proxy vote results from the recent Annual Meeting. It would take an army of unibrowed australopithecines to harass women journalists enough to justify article titles such as “what it’s like when Elon Musk’s Twitter mob comes after you”, so it’s a good thing that’s a completely hypothetical headline.

It’s been personally heartwarming to see the fan skepticism and pushback about Tesla’s camera-limited autonomous vehicle technology claims, which run counter to the expertise of essentially every other AV expert. I’ve read that bad things happen where people systematically refuse to engage with reality, and are ready to replace reason with ideology and outright fiction. Woman writer, apparently. Good thing we’re nowhere close. 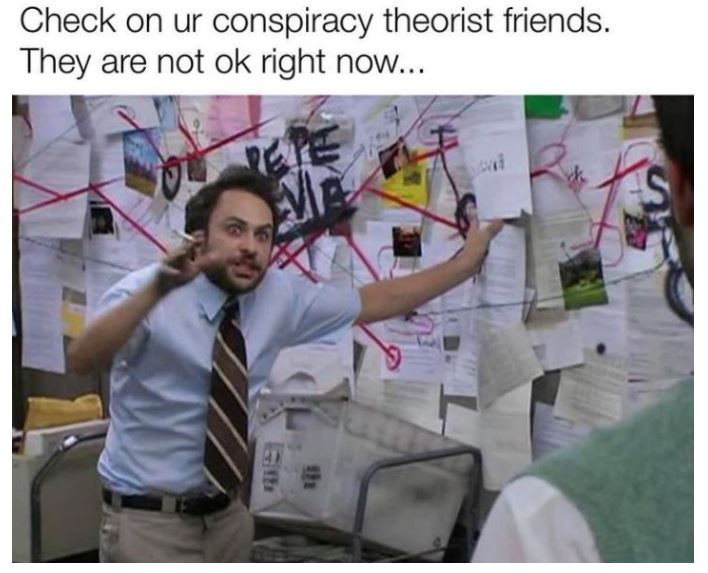 One of Orwell’s running themes is Napoleon’s hatred of his former comrade Snowball; the two had been the leaders of Animal Farm, until Napoleon drove him off with literal attack dogs. (Napoleon represents Stalin; Snowball is Trotsky.)

C-minus students might see a parallel in Elon Musk putsching Martin Eberhard and Marc Tarpenning, but A-plus students would see the trap and correctly point out that Musk was at best the third man in -- not that there’s anything wrong with that. “Third man in” can still dent the universe. Caligula redefined what it meant to be the CEO of the Roman Empire, and two thousand years on, he captures the public imagination!

I don’t follow Musk on Twitter, but he would only resemble Napoleon (the pig, not the Frenchman) if -- years and years after the fact -- he disparaged Eberhard and Tarpenning’s incomparable contributions as obsessively as Stalin erased rivals from official Soviet photos.

To be honest, though I do see one legitimate Animal Farm parallel. And it’s a small one, barely worth a mention. In the book Napoleon steadily shifted the revolutionaries’ focus from the farm to himself; the hymn “Beasts of England” was abolished and a paean called “Comrade Napoleon” put forward instead. Which is a very Musk thing to do. But it’s not as if employee orientations include a three-hour movie about Elon’s original, brilliant and revolutionary contribution to national and international thought. I know this because it’s a word-for-word description of North Korean Juche ideology, which is a cult of personality; exponentially different.

Animal Farm’s early prosperity faded, the pigs ordered the lower animals to maintain the illusion of success. It was important to conceal weakness, so empty food bins were filled with sand before grain and meal were sprinkled on top, to deceive human outsiders about how poorly things were going.

Which brings us to Tesla’s success in bringing down its reportable injuries. Yes, the radical extremists at the MacArthur Award-winning Center for Investigative Reporting found that Tesla repeatedly left injuries off the books in California, even after Elon chastised them. And yes, USA Today discovered that Tesla had forgotten to report a workplace amputation to regulators in Nevada.

The boring truth is that oversights happen, especially at dynamic workplaces, and these overlooked injuries were all accidental. The important thing is to apply the three strike rule: until injury concealment -- or for that matter, sexual, racial or gender discrimination -- is documented at three separate factories, preferably simultaneously, there won’t be evidence of cultural problems whatsoever. And culture is ultimately what separates us from the beasts.

It is true that Animal Farm type situations can happen in western democracies, but they’re confined to shady multi-level marketing schemes, where companies give you cash or kickbacks for referring friends to the product. And the victims of these schemes -- well, to quote <, it’s safe to say none of them is going to be splitting the atom.

No, Tesla isn’t Animal Farm. People as smart and sophisticated as its fans would smell a huckster’s halitosis from a half-mile away. They’d never let themselves become the lower animals in an Animal Farmdystopia. Nor would they become apologist pigs downplaying their fellow customers’ treatment. They’re just too savvy for that. It can’t happen here

⠀ Tesla Owner: What An Honest Model Y Vs Model 3 Review Should Look Like
Tesla Ends 7-Day No-Questions-Asked Return Policy On All New Vehicles
By: Matthew Klippenstein
++
++
Got a tip for us? Email: tips@insideevs.com