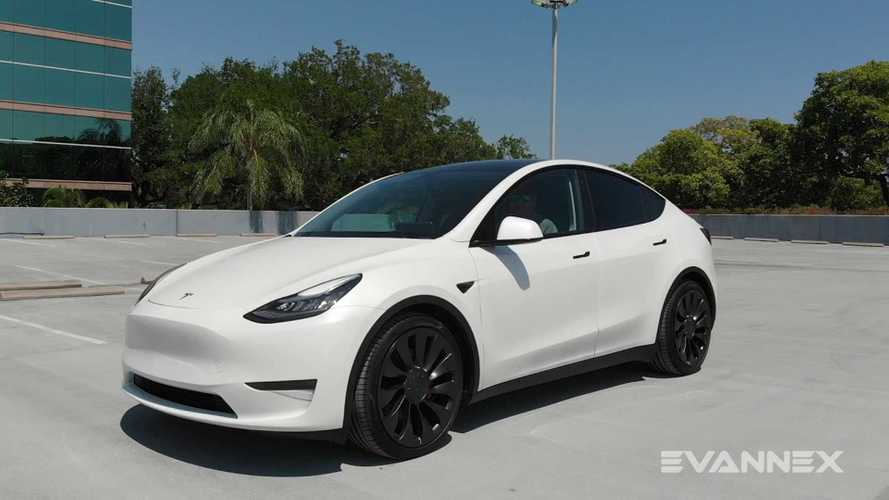 Is the Model Y the best Tesla yet? These guys have arguably more experience to answer that question than almost anyone.

It’s fair to say that every one of Tesla models has been a historic vehicle. However, the new Model Y might just prove to be the biggest seller yet. Tesla has refined all the features of Model 3 in a form factor aimed squarely at the most popular market segment in the world.

Roger Pressman, the founder of EVannex, probably knows as much about Tesla vehicles, at least from the consumer standpoint, as anyone in the world. He has owned all four of Tesla’s mass-market models (you might say he’s a S3XY guy) and in the course of developing aftermarket products for them, has minutely measured and examined each one. Roger shared some of his first impressions with Charged.

“The key word for the whole car is refined,” Roger said. “I’ve driven all four cars, as a daily driver or a family car for long trips. Obviously, the S and X have more luxury features and a more luxury feel. They’re bigger cars, and they have some bells and whistles that the Y doesn’t have. However, pretty much all the other characteristics of the car represent a refinement of the entire Tesla line, and that’s a really good thing. I think Tesla’s learned a lot over the last eight years, and the Y is a culmination of that.”

Tesla has said all along that Model Y would be based on Model 3. In January 2019, Elon Musk said that the two would share 76% of the same components, which would allow Tesla to leverage economies of scale and greater efficiency, not only in its supply chain, but also in terms of the supply of parts to its service centers. (Tesla had a similar goal for Model X, but the list of new features for the SUV ballooned, and it ended up sharing only about 30% of its parts with Model S.)

How do Models 3 and Y differ? “With regard to functionality per se, there isn’t a whole lot of difference between Y and 3,” says Roger. “But I could think of lots of little things that are really cool. You have the hatchback on the Y, which is automatic, pops up nice and smoothly and slowly. You don’t have that on Model 3—in order to achieve it you have to buy an aftermarket product.”

Why Tesla Model Y Is Poised To Dominate The CUV Market
⠀

One noticeable change is that the front and rear tires are different sizes. The rears are 275 mm wide, and the fronts are 255 (most observers expect this to be the case only for the Performance model, but that remains to be confirmed). Some may complain that this arrangement prevents you from rotating the tires, but it has advantages, as Roger explains.

“It gives the car a very aggressive look, and visually gives you the feel of a wider car than it really is. When you look at it from the rear particularly, it has a feel of a wide stance. Wider tires and a slightly wider feel to the car gives you better cornering capability, better traction on the road. Handling of this car for an SUV is remarkable.

“Having driven Model 3 for two years, I do think it’s probably a little better driver’s car—just a little, not a lot. It’s lower, has a lower stance. You just have a little bit better feel for the road. But Model Y is amazing for an SUV or crossover. That’s a perception thing, but a Model 3 Performance really is a driver’s car—doesn’t lean, brakes well, holds the road, doesn’t feel particularly light at high speed. A Model Y has those characteristics, but you could tick it down just a little bit because it’s an SUV.”

When it comes to the interior, and the vehicle functions, Models 3 and Y are pretty much the same except for one key attribute. Interior storage space, which is very important for some buyers, has always been a sore spot with EVs. Actually, not with Teslas—in fact, one of the brand’s selling points has always been how much they can haul, thanks to their skateboard battery configuration. Model 3 doesn’t have much storage space (15.0 cubic feet), and nobody ever claimed it did—Model Y, however, is quite a different animal.

Above: An inside look at Charged magazine's cover story (Source: Charged)

“One thing that’s shocking on the car is its interior volume,” Roger told me. “It really can hold a lot of stuff—that’s another pleasant surprise when you get the car.” I was very surprised to learn that Model Y actually has more space with the seats folded down (68.0 cubic feet) than the famously roomy Model S (60.2), and not that much less than the massive Model X (87.8). Roger has X and a Y sitting next to each other in his garage, so he can compare the storage space between the two any time. “The Y isn’t much smaller when you’re standing at the hatch gate and looking in.”

As musicians, sports enthusiasts and other lovers of material goods know, storage isn’t just about cubic feet—it’s also about the design and how easy it is to load stuff in and out. Model Y has very little liftover in the back, making it easy to load heavy objects, and the seats fold almost flat, making it easy to slide ‘em in. “It’s close to a flat floor,” says Roger. “When you fold down the second-row seats, there’s a slight angle, they don’t go dead flat, but very few cars do actually. There’s a button in the back which allows you to lower the seat backs of the second row so you can throw some stuff in quickly without having to walk around the car and open the door. The other thing that’s nice is that the center portion of the second row folds down without the other two sides folding down. So if you have something long and narrow, like a piece of lumber, you just fold that down, shove it in the car, and you’re good to go.”

Model Y has added a couple of other handy features that were missing from Model 3, making a couple of EVannex’s aftermarket products unnecessary. “We were early in providing a rear hatch enhancement [for Model 3],” says Roger. EVannex’s Trunk Lift product is not an automatic system, but rather a shock absorber-like gadget that makes opening and closing the hatch smoother and more convenient. Model Y comes with an automatic trunk opening system. “I don’t think we were the driver for that—I just think they thought it was a really good idea. But there’s an example where we were there first, and maybe Tesla looked at it and said, ‘We can do better than that.’ Wireless phone charging is another thing that we offered very early in the game for Model 3. Obviously, we don’t offer it for Model Y because Model Y has it built in.”

Roger kept coming back to the word refinement. “I really do think from an industry point of view as well as a product line point of view, Model Y represents a refinement of all the ideas that have been integrated into Tesla’s other vehicles, and I believe that’s a very good sign for the company. I think ultimately Model Y is going to be the biggest-selling car in the line.”

“It is remarkably better looking in person than it is in either video or in photos. It’s really shocking. The car looks like a small typical SUV with a Tesla feel in photos and in video.

“With regard to performance, it’s cool. I have a Performance Y. So when you come up to a stoplight, pretty much no matter who’s next to you, they’re not going to stay with you. I mean, 3.5 seconds zero to 60 is really fast. Most drivers on the road now recognize, you don’t mess with a Tesla, and the Model Y exemplifies that. It may look like just a small SUV, but it ain’t. It’s a performance car and it acts like it.”

Is Leasing A Tesla Model Y Or Model 3 A Bad Idea?
⠀

The start of Model Y deliveries should have been the automotive story of the year, a gathering wave of rave user videos and media reviews. The coronavirus crisis brought it all to a screeching halt, and by the time the pandemic passes, the launch will be old news. Tesla was robbed of its big media splash—will that hurt Model Y sales? “I don’t think it’s going to make a bit of difference,” says Roger. “I think this car is going to take off, once people see it on the street.”

As you may recall, the market launch of Model 3 coincided with a round of eulogies for the sedan. SUVs were (and still are) dominating the market to such an extent that the Big Three basically stopped producing sedans in the US altogether. Some said Tesla had missed its moment, coming out with a sedan just as sedans were officially pronounced dead. Sales figures have proven that prediction wrong—Model 3 quickly became the best-selling EV in history, and is handily outselling all competitors in the luxury sedan segment. It’s only logical to expect Model Y to be even more popular.

“I think Y dovetails into the current trend perfectly,” says Roger “It provides all the benefits of Model 3, and it’s also an SUV, which gives you a level of practicality that no sedan can achieve. So, it’s the full boat, and that’s why I believe it will ultimately become the most popular car in the Tesla line.”

An expanded version of this article originally appeared in the May/June issue of Charged. Author: Charles Morris.