When you buy an SUV, you hope it will haul a heavy load when necessary.

Erik Strait (DAErik) stresses out his Tesla. Actually, Strait and some viewers are probably way more stressed out than the  Tesla Model Y as he puts it to the test by loading the trunk up with 1,000 pounds of tile. While this shouldn't really be an issue for the crossover, it's a lot of weight all situated in a small area. Is it safe? Can the Model Y take the stress?

Smaller crossovers and SUVs may have more passenger room than similarly sized cars, as well as some extra cargo space, but most of them can't tow or haul really heavy loads. We know the Tesla Model Y can tow up to 3,500 pounds, which is more than most compact crossovers, but less than most midsize SUVs. We aren't quite sure how much weight you can load in the Model Y's trunk though. 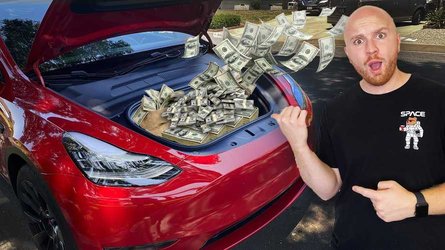 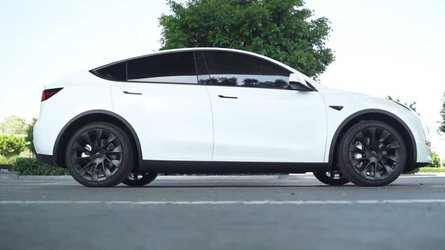 Chances are, if you're buying a smaller crossover like the Tesla Model Y, you probably don't have big towing ambitions. However, you probably want to be able to haul around a full load of passengers and a good amount of cargo from time to time. Otherwise, you'd just save $18,000 and buy a Tesla Model 3.

Vehicles are rated for hauling just like they're rated for towing. We recently picked up concrete pavers in a Honda Odyssey. After loading them all inside, the tires were just about touching the wheel wells. We thought we may have to make two trips. However, looking in the owner's manual eased our mind, since the van was still not loaded to its maximum weight capacity. However, we were careful to distribute the weight throughout the van, much like passengers are spread out.

The Model Y should be able to haul an impressive load, but maybe having it all stacked up way in the back is a bad idea? Check out the video to see how this turns out. Then, leave us a comment below.