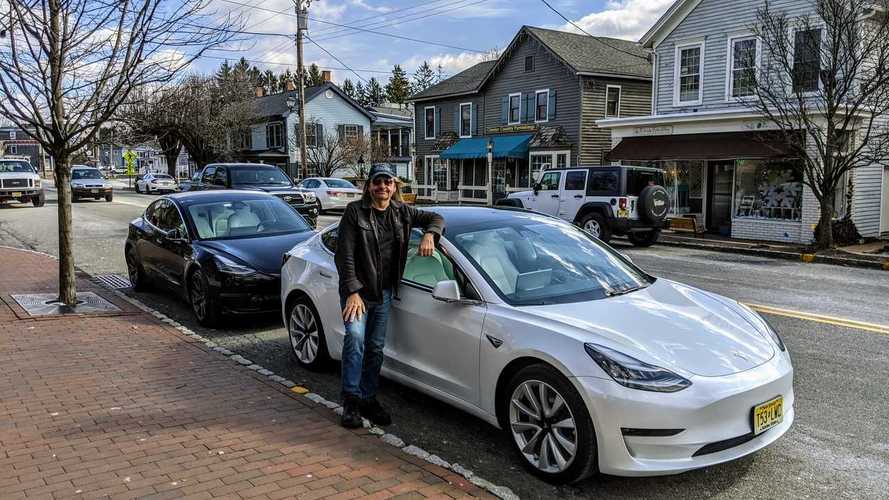 How's the Model 3's resale value going to hold up over time? An InsideEVs reader and Model 3 owner offers his take.

Will the Tesla Model Y drive the resale value of the Model 3 into the ground? That's a question that InsideEVs reader Pete Bremy has seen come up in some online forums and particularly, in the largest Tesla Model 3 Facebook group which has about 65,000 members.

So Pete reached out to us and asked if we would consider posting an article on the subject if he wrote it.

A little background: Pete is a professional musician and has been the bassist for the 60’s Classic Rock band Vanilla Fudge for the last ten years. Recently, he has become an advocate for electric cars. He owns a white 2019 Tesla Model 3 long-range AWD which he loves, and it's his first electric car.

As the earliest Tesla Model 3’s that were sold are becoming a few years old, some owners, and even some prospective buyers, are becoming concerned about the Model 3’s potential resale value. Some, are wondering out loud if the Model Y will have an impact on the Model 3's value. While most Model 3 owners, including myself, are probably still on the honeymoon, it is a legitimate concern. EVs will someday become “just another car”, as youthful new drivers learn to drive in an EV and for us older drivers too, as EV’s become the norm.

Electric Cars With The Best Resale Value For 2019

What seems to have initiated much of the concern is the soon-to-be-released Tesla Model Y. Will a wave of Model 3 owners jump ship for the Model Y lowering Model 3’s resale value? Will Tesla's pre-owned Model 3 inventory begin to climb and prices drop? There’s always a certain percentage of people that just have to have the newest, best thing, so it’s to be expected that at least some will make the change.

One reason it will probably not happen is that many anxious Model 3 buyers greatly stretched their budgets in order to purchase their cars, once again myself included. Our Model 3s are at most only a couple of years old, and many folks simply can’t afford to do it again so quickly. Plus, while the Model Y is larger and has greater utility, the Model 3 does have a good amount of interior space and luggage capacity. The dedicated EV platform definitely helped to maximize the usable interior space.

Personally, I don’t necessarily consider the Model Y an upgrade from the Model 3, rather than a lateral move. The Model Y is more a solution to a different need, being essentially a Model 3 with greater passenger and cargo capacity.

Finally, many people passed on the Model 3 anticipating the Model Y, and some are passing on the Model Y for Cybertruck, so I don’t think we will be seeing used car lots packed with Model 3’s anytime in the near future.

Let’s also talk about other factors that might affect Model 3 resale value. A major influencing factor may be that it is the first vehicle that actually improves with age, thanks to free over-the-air software and firmware updates. I have only owned my Model 3 for three months, and already I have improved acceleration, windshield wipers, upgraded regenerative braking with one-pedal driving, and better control of warning signals. The best part of all of these upgrades is that Tesla provided them free of charge.

I believe these enhancements, along with future enhancements, will help to reduce depreciation substantially- that is, at least until Tesla upgrades the hardware such that new software updates will no longer be compatible with the existing hardware. However, I’d be surprised if that happened anytime in the next 2-3 years. The Model 3 is in many ways a rolling computer, and while frequent computer hardware advances are common,  automotive improvements don’t take place as often due to homologation expenses. Therefore, I think many of those improvements will be held for major model redesigns like conventional ICE cars.

There are generic resale factors to be considered also, such as overall reliability over time, which is only beginning to be known for the Model 3. Positive factors include the general reliability of electric and electronic components and significantly fewer moving parts compared to an ICE car.  Finally, intermediate level cars hold value better than luxury cars because their buyers tend to want new cars.

In addition, Tesla’s current leadership advantages such as its advanced Supercharger network and focused dedication to developing only EV’s should also add value. Despite some initial new-model quality issues, which definitely seem to be improving, Tesla has become a solid company. It is now becoming apparent they are here to stay and in a leadership role for the foreseeable future which will also help maintain resale value.

Finally, those of us who have purchased a Model 3, or any other EV for that matter, jumped on a fast-spinning merry-go-round. The goal was getting on and hanging on for dear life as technology rapidly improves, simply knowing we wanted an electric car- now, and we felt the Model 3 was the best choice. Many of us really didn’t even think about the resale value.

We know EV technology will continue to improve at a rapid pace, but Tesla’s forethought in providing improvements for existing cars, plus the dramatic improvement in quality, should be an indication of excellent potential resale value for the Model 3. Their cars are already so far ahead of the competition, they will still be cutting-edge when the legacy automakers start selling more EVs in the coming years.

I love being part of the community on InsideEVs and would love to hear the other InsideEVs reader's thoughts on this.