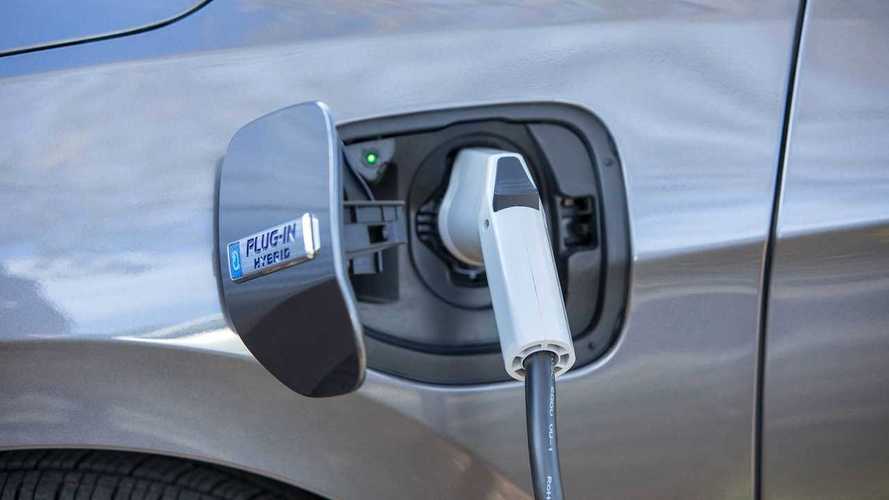 Plug-in hybrids are often considered the gateway to a pure electric car, but did you know that electric range for PHEVs sold in the U.S today varies from as high as 97 miles, down to a low of just 10?

With such massive separation between the highest electric range PHEVs and the lowest, we figured why not focus on those plug-in hybrids that truly shine in the electric range department.

From number six on this list all the way to number one, all are desirable in their own right and aside from just one, all are reasonably affordable too.

Let the countdown from 6 to 1 begin.

With 33 miles of electric range, the Chrysler Pacific Hybrid is the only minivan on the U.S. market that can be driven electrically to meet most of your daily needs. The Pacifica Hybrid stands alone here with no competition.

So, if you're in the market for a plug-in hybrid minivan, then the Pacifica Hybrid is your only choice. That's fine though, as the $39,995 plug-in people hauler, equipped with a 16 kWh battery, is an all-around excellent van. We don't think you'll be disappointed by this van with a total range of 570 miles.

With a base price of $130,000, this is the only expensive car on this list of 6.  The Revero, though low-volume, actually boasts impressive electric-only range of 37 miles courtesy of its big 21.4 kWh battery pack. It's hefty at 5,400 pounds though. Otherwise, its range would be even higher.

As impressed as we are with the electric range for such a portly car, we can't really recommend the Revero over a similarly priced Tesla Model S, which outperforms it on all fronts and can carry seven occupants, too.

We typically call out Honda for the automaker's unimpressive battery-electric vehicles, but on the PHEV side, Honda has a winning combination here.

Priced from $33,400, the Clarity PHEV is both a value champ and a solid all-around car.

The Chevrolet Volt, the only PHEV here that's been around since the new electric era began way back in 2010, is still mighty impressive.

It's electric range of 53 miles, courtesy of its 18.4 kWh battery pack, still stands among the best out there.

Priced from just $33,220, the Volt is our recommended choice, provided its smaller size suits your needs.

The new, sportier version of the BMW i3, called the i3s, continues the REx tradition for the German automaker. Though referred to as a range-extended electric vehicle, this setup still fits our definition (and the EPA's too) of a plug-in hybrid.

With 97 miles of electric range, there's no PHEV on the U.S. market that even comes close to the i3 REx. With its 33.2 kWh battery, the i3 REx is more electric than gasser.

Yes, it's nearly identical to the number two BMW and its EPA electric range rating is the same too, at 97 miles, but the standard i3, with its slightly reduced performance (as compared to the i3s REx) should have a bit more real-world electric range.

Additionally, it's quite a bit cheaper with a starting price of $48,300, so this version is our winner in this Top 6 comparo, ranked solely by electric range.

While this list is just the Top 6, you'll immediately note the huge variation from a high of 97 to a low of just 33. Meanwhile, there are other PHEVs on the U.S. market with electric range in the upper 20s and even some with as little as 10 miles of electric range.

Check out the full list of PHEVs and BEVs here

*Editor's note: We define plug-in hybrids as any vehicle that can be charged by plugging in, but has an additional energy source, such as a gasoline engine. See EPA definition below for more details.

Plug-in hybrids, sometimes called Plug-in Hybrid-Electric Vehicles (PHEVs), are hybrids with high-capacity batteries that can be charged by plugging them into an electrical outlet or charging station. They can store enough electricity to significantly reduce their petroleum use under typical driving conditions.

Parallel or Blended Plug-in Hybrids. Both the engine and electric motor are connected to the wheels and propel the vehicle under most driving conditions. Electric-only operation usually occurs only at low speeds.

Some plug-in hybrids have higher-capacity batteries and can go further on electricity than others. PHEV fuel economy can be sensitive to driving style, driving conditions, and accessory use.