How far can the VW ID.3 actually go on a (nearly) full charge of its 58 kWh battery pack?

With journalists finally getting their hands on and driving the Volkswagen ID.3 for the very first time, we’re getting an idea of what the car is like. Aside from some software glitches reported by some, the overall impression is of a car that’s well thought out and very good, even compared to the very best EVs on the market, although there is one key area where it needs to prove itself.

We are, of course, talking about its real world range and that’s what Carwow’s Mat Watson set out to do in their latest video. He set off from a Volkswagen dealership just off the M1 motorway, with the intent to keep driving the vehicle on the same high-speed road until the battery was completely drained and it ground to a halt.

This is something that was done before on the channel, with a group of electric cars; a test that revealed that if you wanted the best range but didn’t want a Tesla, the next best choice was Korean. However, unlike those cars which had their batteries charged all the way to 100 percent, the ID.3 that Mat drove in the latest video had only been charged to 94 percent. 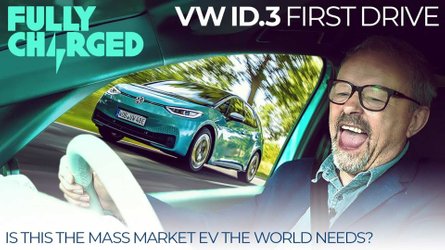 FullyCharged Gets Behind The Wheel Of A Volkswagen ID.3
⠀ 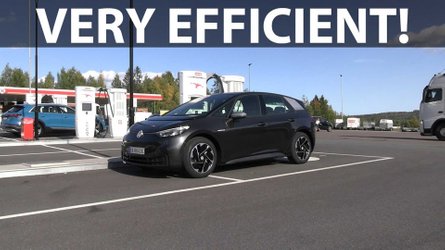 In the end, he managed to drive the car for exactly 210 miles (337 km) before it died. That is a bit off its official claimed WLTP range of 261 miles (420 km), but it’s still an honorable result given the not fully charged battery and the fact that it was almost exclusively driven at higher speeds. Other reviewers did manage to drive it more, though.