BYD Han Electric And Plug-In Hybrid Sedan: Everything We Know 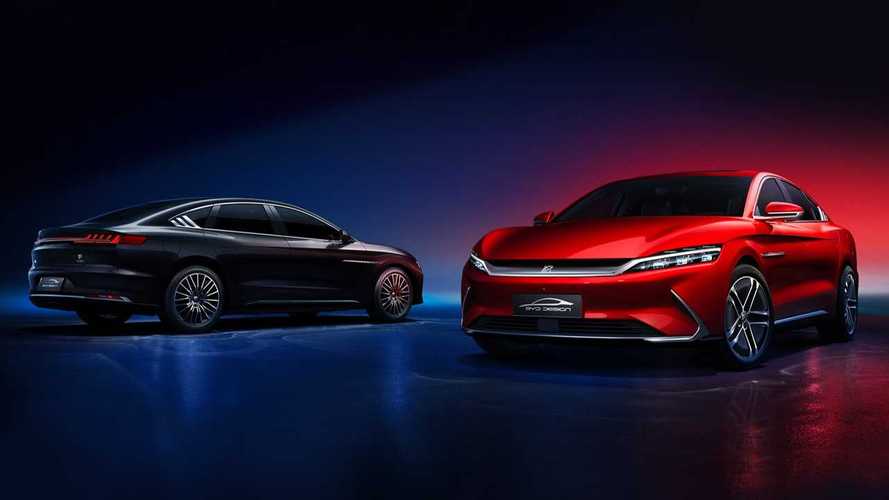 Han, with cobalt-free batteries and silicon carbide power electronics, might bring back BYD sales to the top later this year.

BYD Han is an all-new plug-in sedan (in both all-electric and plug-in hybrid versions) announced by one of the world's top EV manufacturers - BYD - for market launch in 2020.

The sales are now expected around the third quarter of 2020, as the introduction initially planned for June was delayed by the COVID-19 outbreak in China.

This new model and "Dynasty" in the BYD's lineup might be quite interesting for several reasons. One of the biggest is the return of the lithium-iron-phosphate (LFP) cathode chemistry in a new cell-to-pack (CTP) technology, which is expected to offer an energy density of 160 Wh/kg on the pack level (previously unheard of for LFP).

BYD has started its battery cell business from the relatively low-cost LFP chemistry, but then included also other types (NCM) to increase the range. As the CTP allows bumping LFP energy density/EV range (by up to 50%), it might be a new go-to solution for all entry-level, affordable EVs with a basic range of up to 400 km (250 miles) in the real world.

BYD has dveloped its own, in-house solution of the LFP CTP called "LFP super-battery" or "blade battery". The expected NEDC rating for Han BEV will be 605 km (376 miles), but the real world will be maybe two-thirds that figure.

Another new thing will be highly efficient silicon carbide power electronics (MOSFETs in the inverter).