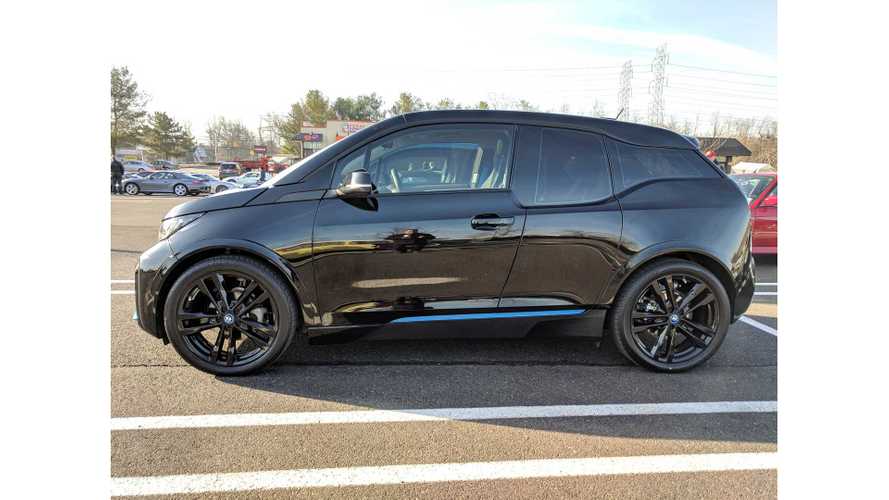 After spending a month in my new 2018 BMW i3 Sport one thing is clear to me, this is the car BMW should have offered in 2014, when the i3 first launched.

First off, the 33.2 kWh battery that became available in 2017 makes the i3 a real 100-mile EV. While that may not exactly be considered anything special for 2018, when there are cars like the Bolt and Model 3 with 200 – 300 miles of electric range, coming from my 2014 i3 REx, the extra 40 miles of range really makes a difference. So much so that I opted for a BEV this time around. In my opinion, BMW should have figured out a way to stuff 33 kWh into the original i3, even if it meant slightly lower efficiency numbers. But they didn’t, and the 81-mile EPA range wasn’t enough for most people, which is why about 75% of i3 owners in the U.S., like me, had the range extender option.

So far, I’ve been averaging over 90 miles per charge, and it’s the dead of winter here in NJ. Therefore, I fully expect to average 120 – 130 miles of range once the weather warms up. My 2014 i3 REx would average about 60 miles of electric range in January temperatures and about 80 miles per charge in warmer temperatures. That all adds up to roughly a 40% range improvement over the 2014 i3 REx that I owned for over three years.

The Sport driving mode modifies the steering and sharpens the accelerator response.

I knew all about the increased range of the larger battery as it had been available and well-documented since BMW upgraded to the Samsung 94Ah cells in August of 2016. What was unknown to me was how much “sport” would BMW put into the new i3 Sport. I leased mine without having the opportunity to test drive one, so I was going on reports from my BMW contacts that had promised me I wouldn’t be disappointed.

The BMW i3 Sport handles much better than the non-Sport i3 does. Also, the new traction control allows the i3 to utilize regen braking when cornering at higher speeds.

However, the power increase is only half the story. The beefed-up suspension of the i3 Sport is the real story here. To me, that’s the biggest improvement over my previous i3, after considering the increased range. The i3 Sport’s revised suspension features specially developed dampers, springs, and anti-roll bars. The 20” sport wheels are also 0.5” wider and accommodate 195/50 R20” tires on the rear and 175/55 R20” on the front. The new suspension is also 10 mm lower and 44 mm wider than the base i3’s suspension.

Plus, BMW has improved the i3’s traction control system, claiming it is now 50 times faster than before. I don’t know how to quantify the 50 times faster claim, but I can absolutely feel the difference and it’s definitely much better. My previous i3 would disengage the regenerative braking if I hit a bump in the road and the car lost a little traction. Evidently, if the traction control detected any kind of slippage it would turn off the regenerative braking, so as to not lose complete control.

This would give i3 owners the sensation that the car was actually speeding up after hitting a bump if they weren’t accelerating or coasting when they hit the bump. I personally had to explain what was happening to many i3 owners that reached out to me because they thought there was something wrong with their car. Additionally, the car would gradually decrease the level of regenerative braking in curves, as the traction control would work to prevent slippage. While taking exit ramps at highway speeds, my car would completely cut the regenerative braking out if the turn was sharp. That doesn’t happen with my i3 Sport. The regenerative braking remains active when I go over bumps and momentarily lose some traction, as well as when the car is taking curves at high speeds.

Another improvement is how stable the car feels on the highway. It feels much more planted than my previous car did. It doesn’t get pushed around by wind and even feels heavier, although it isn’t. Placing the car in Sport mode modifies the steering and sharpens the accelerator response.

The interior is unchanged from previous year's i3s. However, there is now a BMW i Blue seat belt option, which I ordered.

All this adds up to a huge driving experience improvement. I always enjoyed my previous i3’s driving experience, but these improvements aren’t only sport-oriented. The car feels more solid and stable, and even the owners that don’t need the extra power will appreciate the improved ride. The tall, lightweight i3 can get pushed around a bit by the wind at higher highway speeds, and that just doesn't happen to the new i3 Sport. Press the button for the Sport driving mode and the steering gets heavier, and the accelerator response is so sharp that you barely touch it and the car lunges forward.

Also new for 2018 is BMW's new iDrive 6 and Apple CarPlay. I'm still getting used to the new iDrive but so far I like what I've seen. The main screen allows you to view three of six tiles at a time, which helps to view and to access information quicker. Charging rates remain the same with 7.7 kW max on level 2 and a 50 kW for DC Fast. The car also came with BMW's ChargeNow DC Fast free charging program. I'll get two years of unlimited free DC Fast charging on the EVgo network.

This is the i3 that BMW should have given us in 2014. A real 100+ mile range, and a car that you wouldn’t mind taking to the track on the weekends. I’m sure I’ll enjoy every minute of my 24-month lease. Too bad I had to wait 3½ years for it, though.