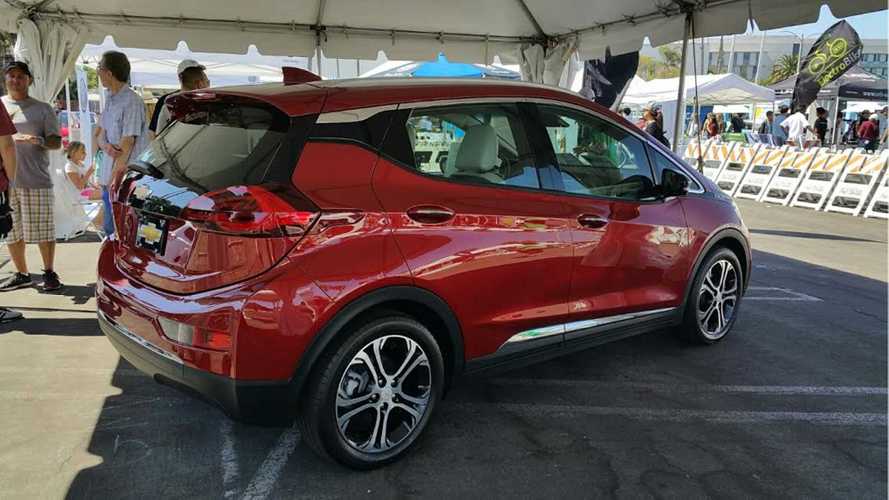 As the upcoming Chevrolet Bolt EV is just now entering production (for arrival in a few weeks time), test cars are now more and more available to the media, and as a result we are getting some more substantial data on what the all-electric car can do.

As such, Car and Driver published an interesting test drive review of Bolt EV, deepening our knowledge about GM's new green flagship.

The Bolt EV is rated by EPA at 238 miles, and as we have seen from many early test drives - it's an achievable range, however further tests shows how that range can indeed vary at higher speeds and different operating conditions.

Clearly, the fact we will soon have an EV capable of a robust ~200 miles range on the market soon, for $29,995 (after federal tax credit), is a big plus to the segment.

Car & Driver finds that the 150 kW motor also provides great performance, with a 0-60 mph result of about 6.5 seconds, while at a lower state-of-charge acceleration fades to about ~6.9 seconds at 60%.

On the less that positive side, C&D discovers that the Bolt EV doesn't alert the driver that regenerative braking is reduced sometimes during the warm-up period (like Tesla), but that's a small detail.

According to the article, the Chevrolet Bolt EV is the best all-electric car choice for all those that can't afford Tesla Model S or X (or maybe just need something smaller).  Although to be truthful, if you are looking for a long range, reasonably priced (at least for the "common" man), the Chevy is really your only choice at the moment.

As a point of interest, here are the EPA tested numbers (full details here) for the Bolt EV in the city and highway (where the .32 Cd of the Bolt EV makes life a bit more challenging):

"It delivers a comfortable ride over broken pavement, anchored by the low-mounted battery and cushioned by well-tuned damping. The Bolt evidences a similar level of chassis-tuning competence to what GM has achieved of late with vehicles as varied as the Cadillac CT6 and the Chevrolet Malibu. Without being punishing or overtly sporty, the Bolt steers tidily, turns readily, and rides amicably."

Chevrolet Bolt EV Interior - With Some Help From LG

The interior is appreciated, but don't expect quality level of $40,000 car, as most of your purchasing dollars go into the electric powertrain and 60 kWh battery.

"From that perch, the Bolt feels much narrower than its 69.5-inch width suggests. You’re always aware that you’re sitting close to the person in the passenger seat, even if the cabin never feels cramped or claustrophobic.

Chevy did a nice job organizing the interior with a center console that accommodates drinks and phones and still leaves room for elbows on the armrest. There’s also a large bin on the floor between the driver and front passenger for a purse or other large items. Exceptionally slender front seats—made by suspending plastic sheets from metal frames and covering them with a fraction of the usual padding—leave ample room in the rear seats for adults. Although not at a compact-crossover level of spaciousness, that back seat is more generous than those of compact hatchbacks. However, the cargo area, at 17 cubic feet, would be on the small side for a hatchback and is less than half that of the typical crossover."