BMW has patented a novel way to make electricity while a vehicle is being driven, by harnessing the power of suspension movement. The company is clearly thinking outside the box, and even if we don’t know how much energy this system would actually produce (and whether it would have a meaningful impact on range), the idea is definitely worth exploring.

Carbuzz discovered the patent filed in Germany which goes into detail as to how the system would work. It apparently uses a small generator that is connected to an actuator that looks like a traditional stabilizer bar, which in turn is connected to the suspension arm. There’s also a one-way clutch in there, which allows the system to only capture energy on the rebound stroke, since the bump stroke can often produce sudden jolts that may cause damage. 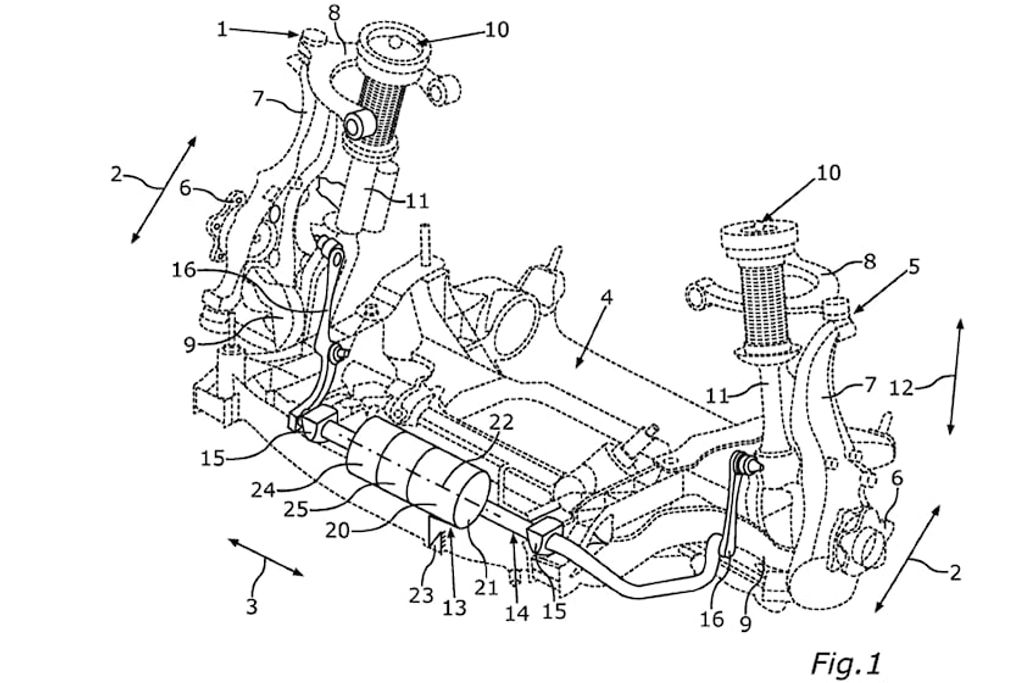 The system also uses a gear mechanism that essentially multiplies the speed of the suspension movement, which multiplies the torque and rotation being applied to the generator’s built-in flywheel. The energy can then be stored either in the car’s 12-volt battery or in an electric vehicle’s high-voltage battery that powers the traction motors.

Reading about how this system works, it also sounds to us like it could be used to control the vehicle's roll through corners, or increase resistance on one side to prevent lean, somewhat similarly to active roll mitigation systems that are already in use in many large luxury cars.

We don’t know what plans BMW has for this system, whether it wants to integrate it into all its future EVs to boost their range, or if it will be an expensive option reserved for its most luxurious electric offerings. It’s also most likely for the upcoming series of Neue Klasse bespoke EVs, which the manufacturer intends to start rolling out come the end of 2025.

It will still likely be considered a premium feature, so it probably won't be available for the manufacturer's more affordable part of the lineup. It may be reserved for the likes of the i7 or equivalent flagship models, and even then it may not come as a standard feature. Frankly, it could also be a gimmick that doesn't really add significant range, so it may not even be a desirable feature - we will have to wait and see how and if BMW presents it and in what context.