With 620 miles or more of range, 30% faster charging, and 60% less CO2 in production, the next-generation of battery looks bright.

At BMW’s 100-year-old factory next to its Munich global headquarters, electric i4 sedans move along the same assembly line as diesel 3 Series wagons, plug-in hybrid 3 Series sedans, and gasoline M3s. For the past few years, this approach was considered to be BMW’s future: a flexible vehicle platform and production line that allows the automaker to tailor which powertrains went into its cars based on market conditions and customer demand.

It’s quite a sight to behold. But producing EVs this way has its limits.

As the electric competition heats up, BMW will move to a dedicated, from-the-ground-up architecture for EVs dubbed “Neue Klasse," or New Class. That name comes from the iconic sport sedans and coupes that built the brand’s whole identity in the 1960s.

This new Neue Klasse will also debut with the sixth generation of BMW’s lithium-ion battery packs. The automaker says these “Gen6” batteries should offer up to 620 miles (1,000 kilometers) of range – though they’re capable of more – and 30 percent faster charging speeds, 60 percent less CO2 generated during production, half the production cost of the current batteries and ultimately the same level of profitability as internal combustion vehicles.

The first Neue Klasse vehicles, a compact crossover and a sport sedan akin to a 3 Series, won’t debut until 2025. But the brand is wasting no time in detailing how the Gen6 batteries could finally make BMW a serious player, and possibly even a leader, in the EV space — not just a company that offers a little bit of everything in the way of electrification.

Simon Erhard, one of the Gen6 development leaders, said the packs are the culmination of everything the company has learned since the launch of the i3 a decade ago.

“Compared to Gen5, [that] was about putting batteries into a conventional design,” Erhard told a group of journalists at a media briefing in late November.

The next step, Erhard said, is a purely electric drivetrain with the goal of an “outstanding” range and a very low cost.

“We think that from our experience, this approach is the best you can go for,” he said. “And we are pretty sure it’s going to stand out in the market.” 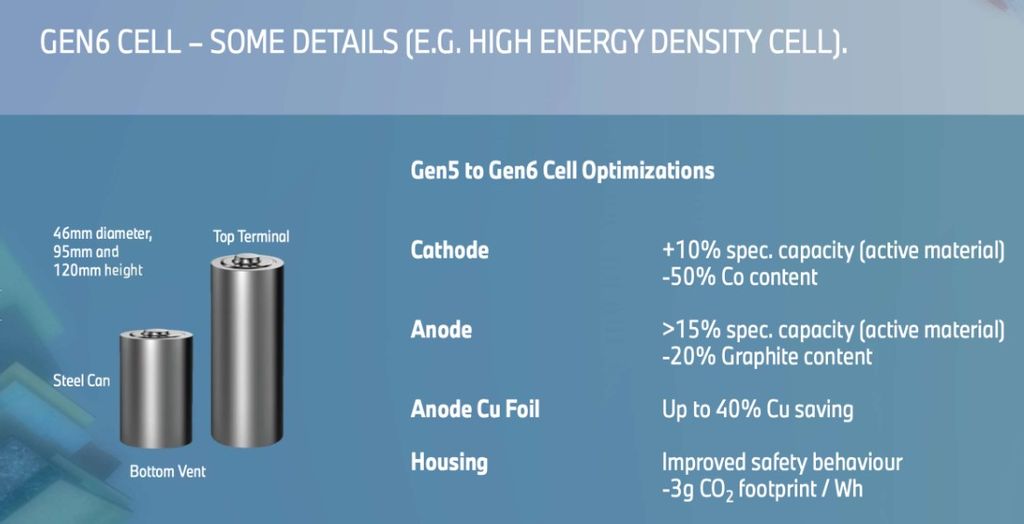 The Gen6 batteries offer significant changes when compared to the current Gen5 battery packs, which are used in cars like the i4, iX3, i7, and iX. The new battery packs will use cylindrical cells – shaped like tiny cylinders that resemble AA batteries – instead of the current prismatic cells, which are flat and rectangular in shape.

BMW now joins EV-only startups like Tesla, Lucid, and Rivian in using cylindrical cells. They’re smaller, which allows more of them to be installed in a pack, and are often said to be cheaper and more reliable. Erhard said BMW’s setup will allow them to put more cells into the same footprint as the Gen5 vehicles, allowing for up to 30 percent more driving range with significantly reduced costs. Considering that 40 percent of an i4’s total vehicle cost is the battery pack, such a move will be essential for scale.

Gen6 also brings packaging improvements, Erhard said, with the battery pack being built into the vehicle frame itself. This “pack-to-chassis” setup means there’s no extra layer for the cell modules, as is the case in BMW’s current EVs.

“You put the cells straight into the vehicle,” Erhard said. “This helps keep down the cost, the weight.” He added that building the vehicle around the pack itself improves the efficiency of charging itself.

Erhard said these improvements were needed to fully realize the customer needs in the coming years, especially from those who may want more than 500 or 600 miles of range from a single charge. And even if you adjust for range differences on the U.S. cycle, that’s still about twice the range of several BMW EVs right now.

“Whether it's reasonable or not, it's a different discussion, but those customers are there,” Erhard said. “You will have to have this big volume push, electric only, to deliver on all of those needs.” 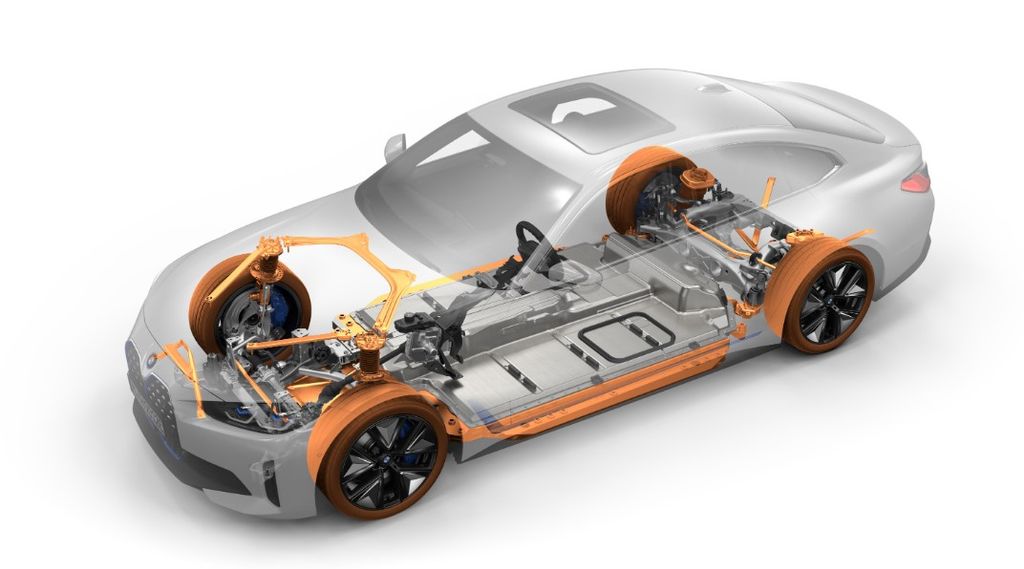 If BMW can deliver on these specs, the net gains for the owner should be considerably better than already impressive cars like the i4 and iX. But BMW says the focus for Gen6 wasn’t just the consumer, but the planet as well. BMW seeks to significantly reduce carbon emissions over the next decade, including in the production process itself, while increasing the use of sustainable materials across the board.

Cobalt, which is both expensive and notoriously dangerous to mine, will be reduced in favor of more silicon and nickel compared to the Gen5 batteries, leading to more than 20 percent greater cell volumetric energy density, BMW has said. BMW is also requiring its cell manufacturers to use a certain amount of secondary, recovered materials, and to only use energy from renewable sources in cell production. Ultimately, the goal is to cut cell production carbon footprint by 60 percent.

“In the end, it's about sustainability,” Erhard said. “First you pull your materials out of the environment. Second step, you build a better pack out of that. Third step, you're going to have recycling behind it,” meaning raw materials could be retrieved from old battery packs to make new ones, he said. 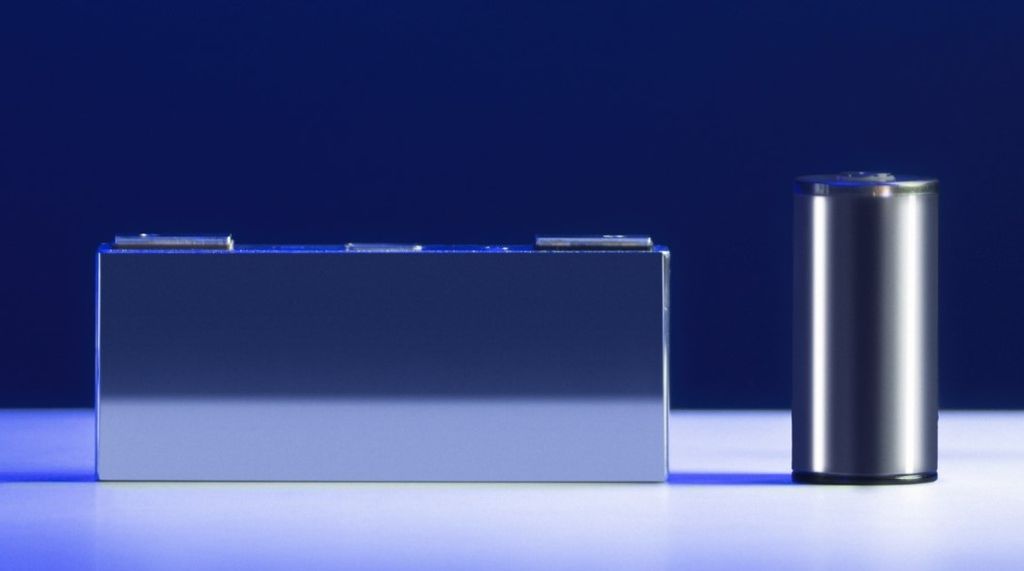 As Erhard said, this is a volume play, so BMW’s rolling out an aggressive car and battery production infrastructure to match it.

The Neue Klasse cars themselves will be built at a new plant in Hungary, followed by the historic Munich plant and BMW’s biggest plant in South Carolina. They’ll likely coexist with new gasoline, hybrid, and diesel BMWs for many years. BMW hasn’t committed to ending internal combustion production like some automakers, but it has stated a goal of having EVs make up half of its sales by 2030.

To meet that goal, six new plants to make the batteries themselves are on the way – two in Europe, two in China, and two in North America, including South Carolina.

Given the intensity of this EV push, BMW has to better define what the “Ultimate Driving Machine” means in an age when inline-six engines become all but irrelevant. Maybe we’ll get some clues early next year at CES.