The plant will start production with 2170-type cells.

This $4 billion investment was announced in July and recently approved by Panasonic Holdings Corporation Board of Directors.

The Japanese company already has one EV battery manufacturer site in the US - the Panasonic Energy of North America (PENA) facility - at the Tesla Gigafactory 1 in Sparks, Nevada (jointly operated with Tesla, which currently produces up to around 39 GWh of 2170-type cylindrical cells annually). The site in Kansas will be the second one, while there are reports that a third plant might be built in the future.

The most interesting new details are the initial manufacturing capacity of 30 GWh annually and the type of battery cells that will be produced.

According to Panasonic, the new factory will start from the well-known 2170-type cylindrical lithium-ion cells (produced also in Nevada for Tesla), which are in high demand.

That's a surprise because it was expected that the plant would be dedicated to the 4680-type battery cells for Tesla's new EVs.

The press release indicates that there is a necessity to quickly increase production of the existing 2170-type (the company is planning to add some capacity also in Nevada), while at the same time this suggests that maybe the commercialization of the 4680-type is not yet ready.

One way or another, mass production is promised to start by the end of March 2025 and then a new type of battery potentially might be added:

"In a phased approach, the Company will continue to strengthen its lineup of EV batteries and expand its production capacity in North America."

Panasonic noted that currently it is producing more than five million battery cells a day in North America, and that the plant in Nevada already produced over 6 billion units, which powers Tesla electric cars (or energy storage products).

“As the global shift to EVs accelerates, we are looking into ways to strengthen our battery production capacity in North America and meet the growing demand from our automotive partners. With our superior technology and extensive experience, we will drive the growth of the Li-ion battery industry, accelerate our efforts to achieve zero emissions in the future, and work toward our mission of achieving a society in which the pursuit of happiness and a sustainable environment are harmonized.” 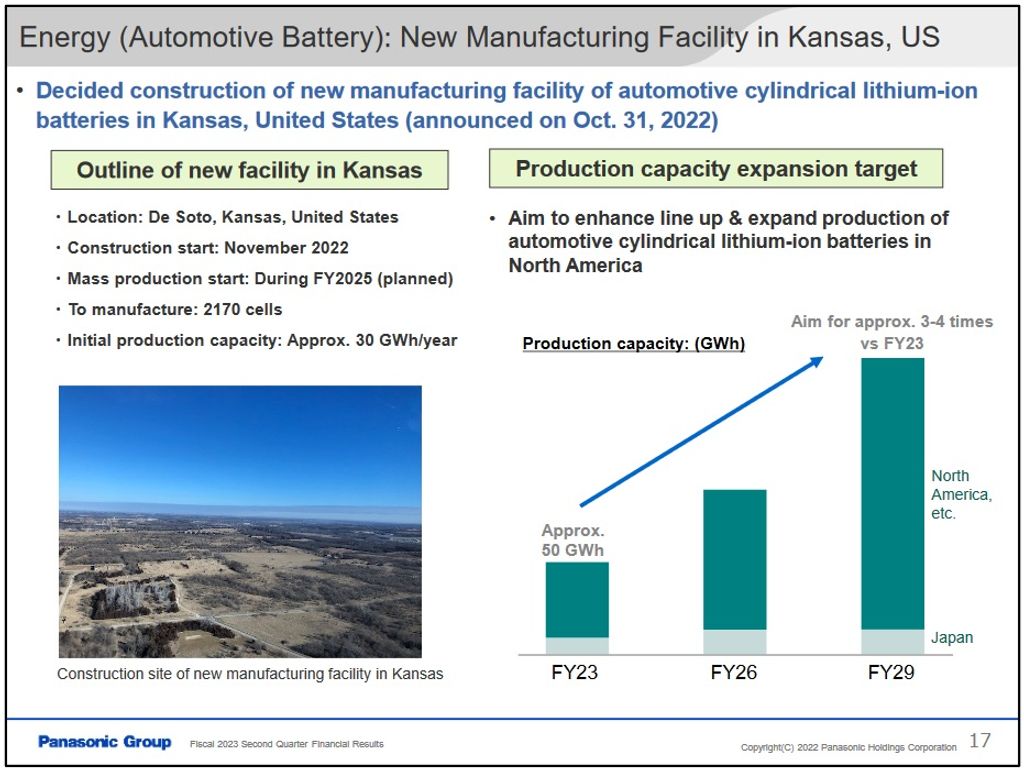 In the case of 4680-type cylindrical battery cells for Tesla, Panasonic is busy preparing the first production site in Japan.

Pilot production of Panasonic's 4680-type cylindrical battery cells started in May. The next step is to launch series production (two production lines) at its Wakayama Factory in western Japan (10 GWh/year according to a rumor) in the next fiscal year (between April 1, 2023 and March 31, 2024).

It's expected that at some point, Panasonic will produce the all-new 4680-type cylindrical battery cells for Tesla in Kansas. The prototypes of the cells were already shipped to Tesla in May. Panasonic has been previously asked to speed up its developments. 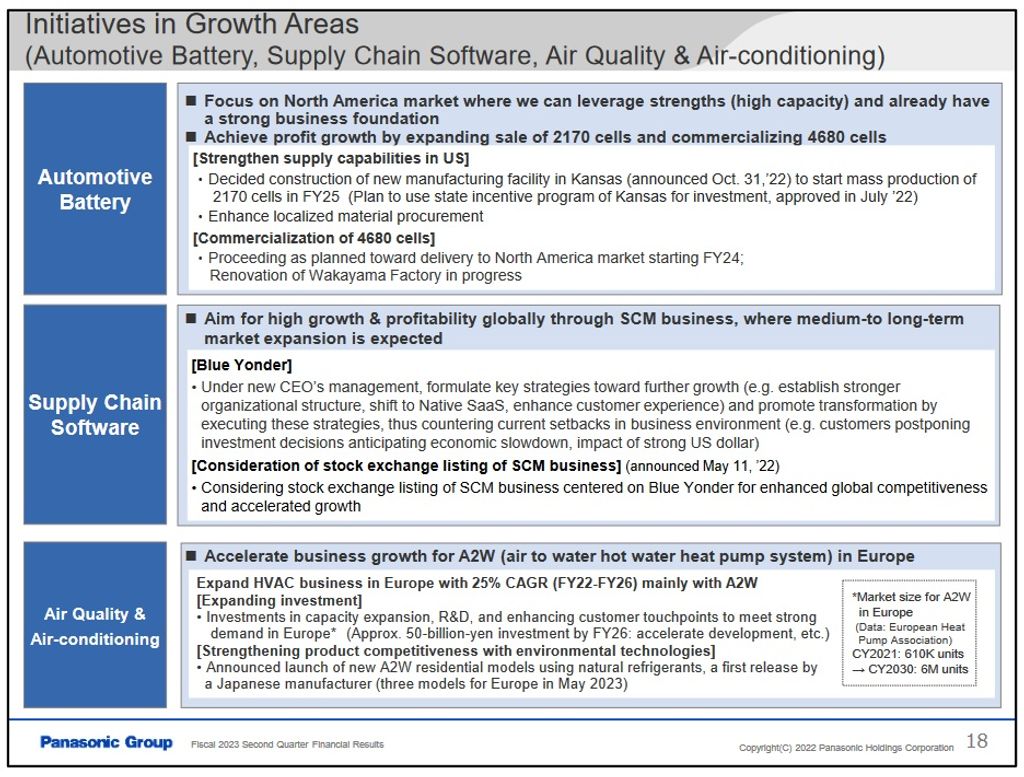