All-electric cars for the very first time captured 15% share of the Volvo's sales.

Volvo Cars (part of Geely) reports 54,317 global car sales in October, which is 6.9% more than a year ago and the second consecutive positive result after over a year of decline. However, that's not enough yet to offset the sales lost earlier this year due to production constraints. Year-to-date, Volvo sold 483,304 cars (down 16.9%).

In the case of plug-in electric car sales, things are now developing pretty well. In October, Volvo sold almost 20,000 plug-ins (up 25% year-over-year), which is also 36.8% of the total volume (not far from a record level).

Volvo can be especially happy that its all-electric car sales almost tripled year-over-year to 8,148 and for the very first time reached a 15% share of the total sales. That's an outstanding result, considering that a new generation of BEVs is just around the corner.

Plug-in hybrids were slightly down, but they still maintain a share of about one-fifth. 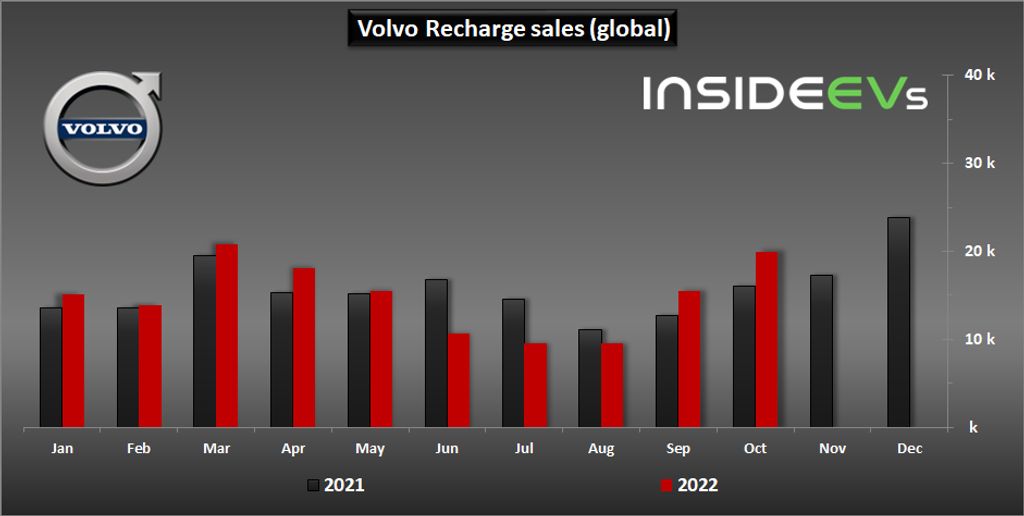 So far this year, Volvo sold over 148,000 plug-in electric cars, which is almost a third of the total volume. 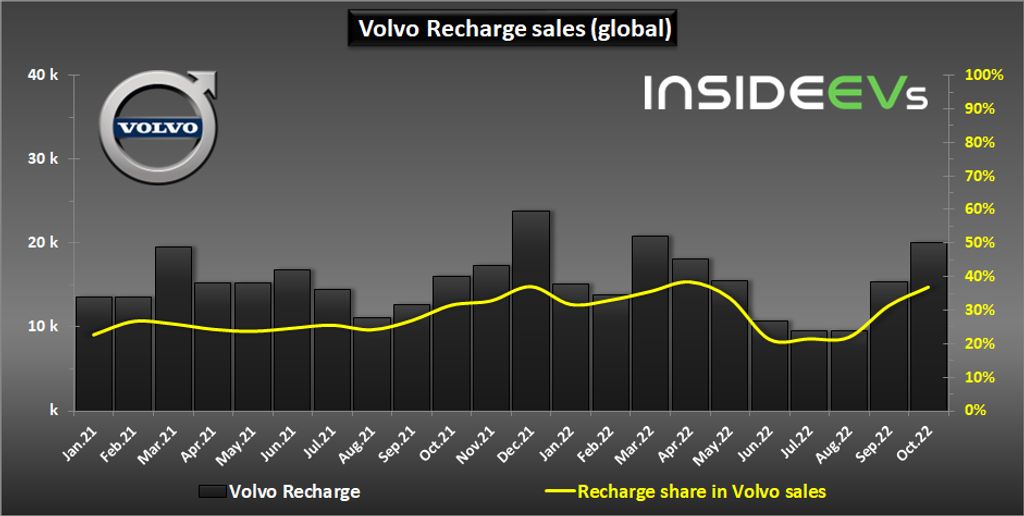 Volvo is expected to continue the expansion of its plug-in car sales, especially all-electric ones, once it introduces its new generation of BEVs.

Interestingly, China noted a 25% decline to 917 units, but it might be highly related to local COVID-19 lockdowns.

Soon Volvo will introduce next-generation BEVs, which are expected to boost sales. The first in line is the Volvo EX90 - an electric successor to the outgoing Volvo XC90. 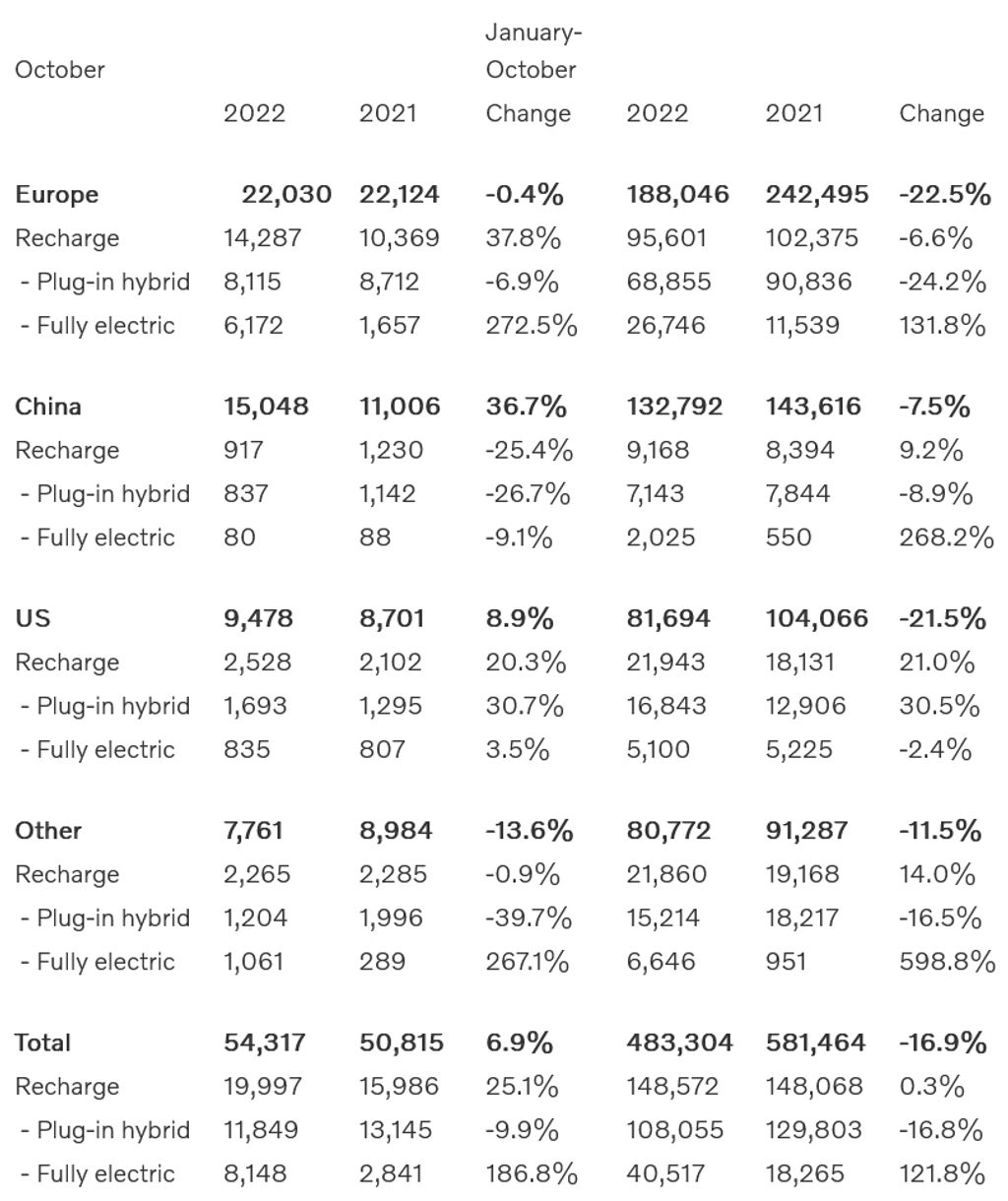