Automakers Take Yet Another Page From Tesla's Playbook

Back when Tesla first produced the Model S, and later the X, it learned that outsourcing could be problematic.

In the early days of industrialization, most manufacturing companies were vertically integrated. Automakers such as Ford owned mines and steel mills, generated their own power, and operated their own delivery fleets. Over the decades, as global supply chains grew more sophisticated, automakers outsourced more and more, and nowadays some automakers depend on outside firms for everything other than vehicle design and strategic planning.

Above: Traditional automakers are starting to look to Tesla in order to future-proof their strategy (Source: EVANNEX; Photo by Casey Murphy)

The founders of Tesla relied on this established global web of products and services to produce the Roadster. It was truly a world car: the carbon fiber body panels came from the French firm Sotira; the brakes and airbags were made by Siemens in Germany; the chassis and much of the suspension were built by Lotus in the UK; and the gearbox was made in Michigan by BorgWarner. Roadsters sold in North America were assembled by Tesla in California, but those bound for customers in Europe and elsewhere were assembled by Lotus in the UK.

As Tesla moved on to produce the Model S and X, however, it soon began to find the outsourcing model problematic—suppliers couldn’t implement innovations as quickly as the fast-moving young company wanted, and they sometimes assumed that sales projections were over-optimistic, and thus failed to produce parts in sufficient quantities.

Tesla’s leaders knew they would need to secure a supply of batteries as they moved to mass production, so the company teamed up with Panasonic at the Nevada Gigafactory. More recently, Tesla has started working with other battery suppliers, and in 2020 it began making some of its own battery cells. 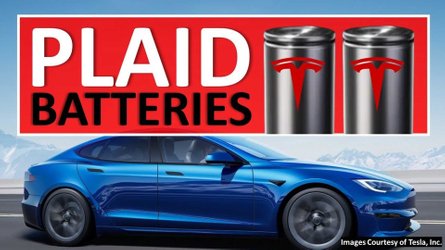 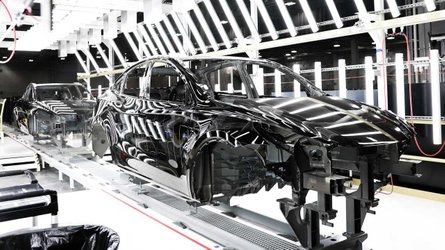 Tesla 4680 Battery Cells To Debut In Production In Early 2022

Tesla has gradually brought more and more design and production under its own roof—it’s probably the only automaker to build its own seats. In a 2017 Wired article, Greg Reichow, who was Tesla’s VP of Production during the historic transition from low-volume Roadster production to the highly automated assembly of Models S and X, described Tesla as “more vertically integrated than any car company since the heyday of the Ford Rouge plant in the late 1920s.” (These themes are discussed at length in my book, Tesla: How Elon Musk and Company Made Electric Cars Cool, and Remade the Automotive and Energy Industries.)

Now, as they have done in so many ways, legacy automakers are following Tesla’s lead, and moving back to more vertical integration. As a recent piece in the Wall Street Journal reports, automakers have been investing in joint ventures to secure their supplies of battery cells and raw materials. The Volkswagen Group, GM and Stellantis recently announced deals to line up supplies of lithium. GM said in December that it will join with Korean steel and chemical firm POSCO to build a North American factory to produce cathode materials. Volkswagen plans to build a similar cathode-material factory in partnership with Belgian materials company Umicore.

Above: Tesla overcame the supply chain crisis of 2021 and other automakers are taking notice (YouTube: Reuters)

The supply chain for electric vehicles looks very different from the one that automakers have built up over decades for ICE vehicles, and the transition to EVs is disrupting traditional relationships between automakers and their suppliers, sources told the WSJ.

For automakers to rely on suppliers to develop their battery technology would be like not making their own engines, said Thomas Schmall, CEO of Volkswagen Group Components.

Ken Morris, GM’s VP of Electric and Autonomous Vehicles, said at a recent press event that bringing more of its battery supply chain in-house was critical to meeting the company’s profitability and environmental goals. “Vertical integration will help us do it quicker, at a lower cost and more sustainably.”

There are several reasons that vertical integration is coming back into style. The ongoing wave of supply-chain disruptions is making manufacturers think twice about the current extent of global outsourcing. “Everybody wants to secure the supply chain, and not repeat the very painful experience of the semiconductor shortage,” Umicore CEO Mathias Miedreich told the WSJ.

One reason Tesla has navigated the semiconductor shortage far better than the legacy brands is its tight control over its computer software and hardware. “Tesla, born in Silicon Valley, never outsourced their software—they write their own code,” Morris Cohen, a Professor at the Wharton School of the University of Pennsylvania, told the New York Times. “They rewrote the software so they could replace chips in short supply with chips not in short supply. The other carmakers were not able to do that.”

Producing parts closer to final assembly plants can also reduce the carbon footprint of manufacturing. “Right now, there are materials and inputs into this value chain that are zigzagging the complete world,” said Anirvan Coomer, GM’s Executive Director, Global Purchasing and Supply Chain. “We see an opportunity in terms of making the value chain a lot more sustainable and leaner.” 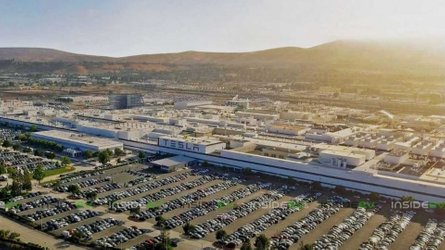 How Did Tesla Overcome 'Chip Shortage' While Rivals Struggled 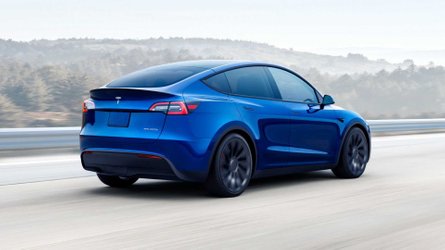