Sony Getting Serious About EVs, Debuts Vision-S 02 SUV At CES

The Vision-S 02 is essentially the high-riding, seven-seat version of the Vision-S 01 sedan Sony unveiled at CES 2020.

When Sony unveiled the Vision-S electric concept sedan at CES 2020, everyone hoped that it wouldn’t remain just a show car; after all, it looked production-ready and was too well thought out to remain just a one-off.

Now, Sony finally admits that it is exploring an entry into the EV market, which is no big surprise given that it has been testing the Vision-S 01 prototype on public roads ever since its reveal. To remove any doubt about its intentions, the Japanese company has just unveiled a second electric vehicle concept, the Sony Vision-S 02 SUV.

Previewed at CES 2022, the Vision-S 02 uses the same EV/cloud platform as the sedan prototype to offer a more practical vehicle with a roomier interior with seven seats. Sony says the Vision-S 01 and Vision-S 02 prototypes “will promote the accommodation of a large variety of lifestyles within a society where values are becoming increasingly diversified.”

A high-riding, seven-seat version of the Vision-S 01 sedan

Inside, the dashboard design is very similar to the Vision-S 01 as well, consisting of three giant displays. The one on the left acts as an instrument cluster, the one in the middle is the main interface for the infotainment system, and the one on the right is for the front passenger (second-row passengers have two additional screens at their disposal too).

As with the Vision-S 01, the Vision-S 02 benefits from gadgets like seat speakers working with a streaming service compatible with “360 Reality Audio” and a fully integrated digital video service called "Bravia Core for Vision-S,” which enables shared or individual video playback on the front panoramic screen and individual rear-seat displays.

This is truly exciting news for EV enthusiasts, as a giant technology company like Sony will no doubt help the segment grow further. In order to explore its entry into the EV market, Sony says it will establish an operating company called “Sony Mobility Inc.” in the spring of 2022.

“The new company will aim to make the best use of AI and robotics technologies, help realize a world where everyone can live in harmony with robots on a daily basis, fill people with emotion, and contribute to society. With VISION-S, which contributes to the evolution of mobility, together with the autonomous entertainment robot aibo, and the drone Airpeak, Sony will seek to continue to create new value in a variety of fields.” 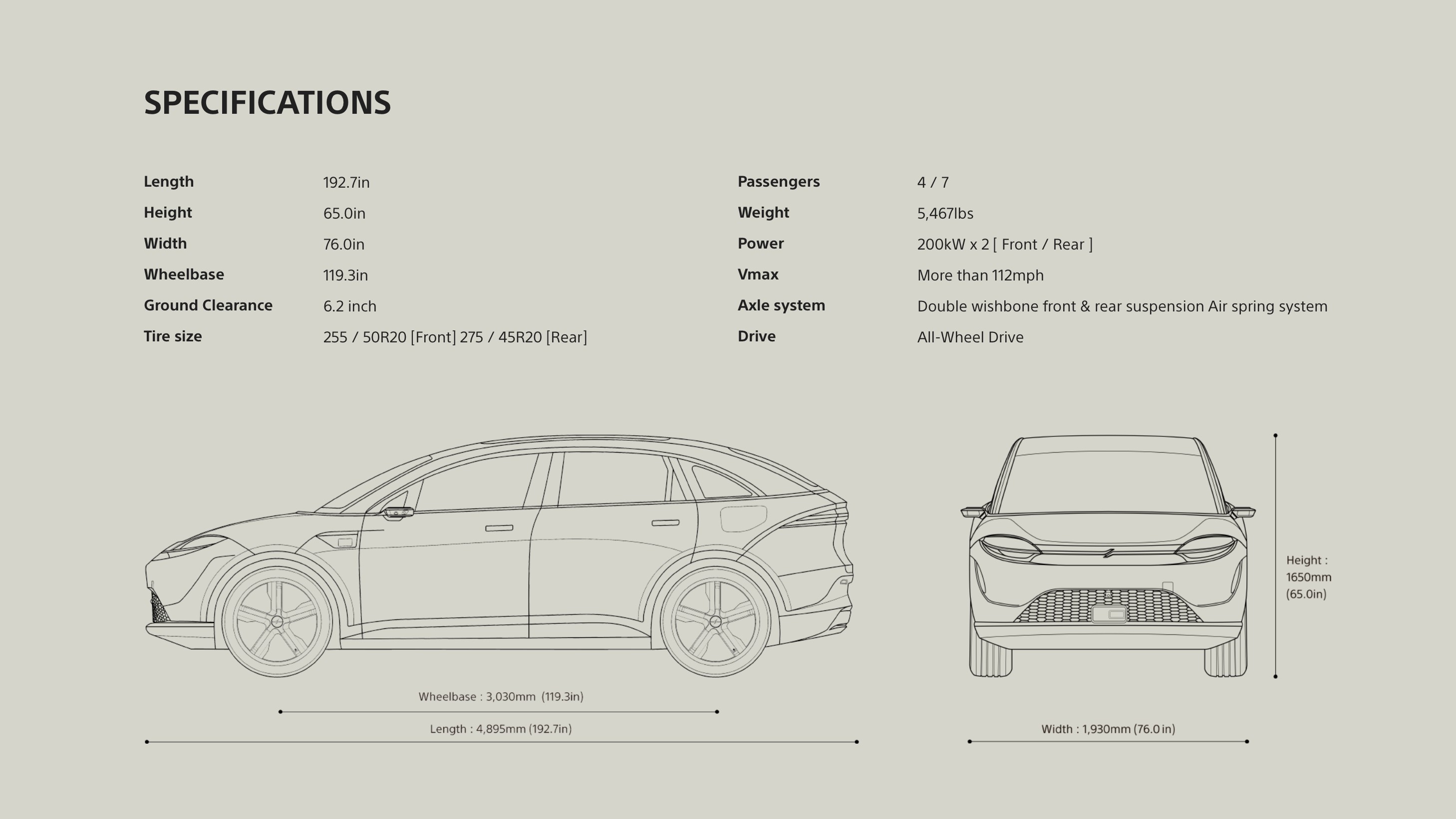 Check out our previous coverage of Sony's electric vehicle plans

Sony Vision-S Will Not Be Sold, But Has Two Prototypes?

The $40,000 Ford F-150 Lightning Base Model Is A Crazy Bargain, But Why?
The Ducati MG-20 Is An Electric Folding Bike That Packs Quite A Punch
First Rivian R1S Reviews: A Great Vehicle For Family Road Trips
New Study: Changes In Driver Behavior Related To Tesla, Other EVs
Rivian Manufacturing Boss Leaves Company As Part Of Major Reorganization