Looks Like NIO May Expand To The US, New Job Listings Found

The Chinese automaker has a bold expansion plan that seems to include the US too.

NIO chose Norway as the first market it wanted to expand to outside of China and it looks like it is now eyeing Germany and the Netherlands where it has posted job openings. Interestingly, NIO job listings were also posted for the US, where the manufacturer seems to be looking for quite a few specialists.

The automaker used Linkedin to list these jobs and for the US and of the 227 current jobs it offers around the world, 46 of them are in the States. It looks like all but a few are centered around San Jose, California, but there’s also a listing for a Motion Control Expert for Seattle, as well as several work-from-home positions.

NIO seems to be looking to create a complete local US team of executives, at least for the software development side of things, as well as for self driving, audio system development, financial and others. It looks like the manufacturer began posting these available positions over a month ago, but the most recent ones were added just a few days ago.

However, NIO’s current priority is to first expand into Europe where it is already present on the Norwegian market. The Euro expansion will be centered around northern and western Europe, and aside from the aforementioned German and Dutch markets, NIO is also reportedly eyeing the Danish and Swedish markets too. 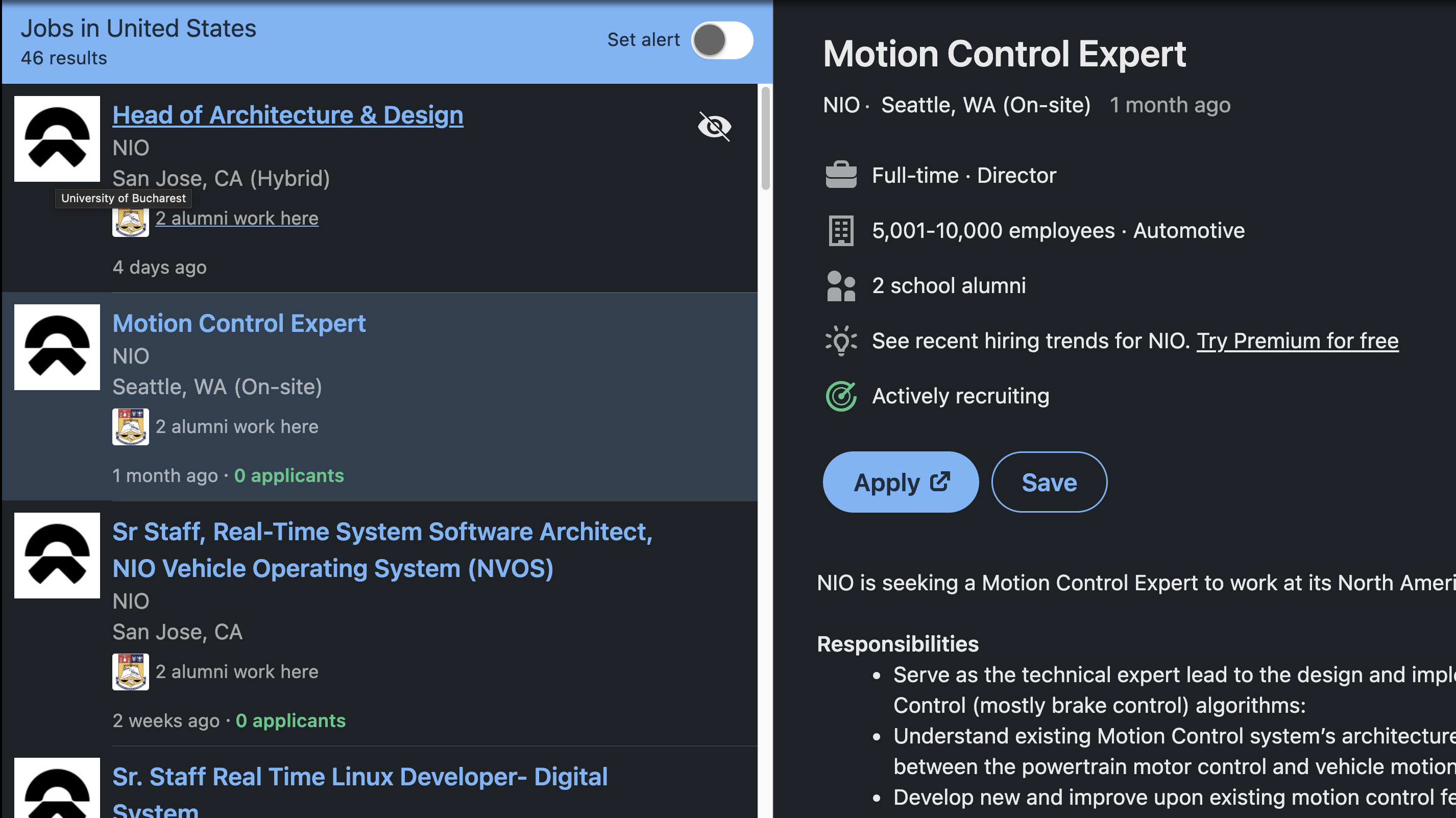 During the recent NIO Day venue held in China, the automaker announced its intention to expand to 25 countries, but did not mention what all of them were. It did show a map on screen during the presentation, and it shows, China, Japan, Australia, the United Arab Emirates and the United States, as well as what appears to be most of Europe.

After the news broke that NIO was looking to hire people in the United States, the automaker made a statement reminding everyone that

We have had a software development team in San Jose, USA since the inception of our company, and the recent job postings are normal hiring practices.

In other words, these new job listings don’t automatically signify the automaker’s clear intention to sell its cars in the US. CnEVPost quotes NIO boss and founder, William Li, who made it clear that entering a new market is a complicated decision to make and