Diess Stays On As VW Group CEO With Reduced Responsibilities

Diess loses responsibility for China and global sales, gets to oversee the CARIAD software division.

It’s official, Herbert Diess gets to stay on as VW Group CEO, the company announced today. The news ends weeks of uncertainty about the executive’s future, but the fact is he has been stripped of key responsibilities.

Following a VW Group supervisory board meeting, it was decided that Herbert Diess will largely withdraw from the operational side of the business and focus on group strategy.

Current VW brand CEO Ralf Brandstätter will take over as board member responsible for China and will also replace Stefan Wöllenstein as VW Group China CEO as of August 1, 2022. Brandstätter is tasked with reviving sales in the world’s largest car market and will move to Beijing for the new role. He has also been promoted as VW Group board of management responsible for the activities of the newly founded Volkswagen Passenger Cars division, effective January 1, 2022.

Since Brandstätter will vacate the position of VW brand CEO in mid-2022, he will be replaced by current Skoda CEO, Thomas Schäfer, who will take over the new role on July 1, 2022. Before that, he will familiarize himself with the VW brand role as COO from April 1, 2022. The VW Group has not announced yet who will replace Schäfer at Skoda.

Diess will also hand over responsibility for group sales in the board of management, with Audi sales boss Hildegard Wortmann being appointed VW Group board member responsible for global sales, effective February 1, 2022. In the new role, she will focus on creating new digital sales formats for all VW Group brands.

Diess appeared to welcome the changes at the top of the company.

"I cannot complain about a lack of responsibilities. I continue to feel fully responsible for the company.”

Along with the executive reshuffle, VW announced it has updated a five-year plan to increase spending on electric cars by about 50% to nearly $59 billion. The carmaker outlined investments of €159 billion euros ($180 billion), including to electrify more of its European plants. 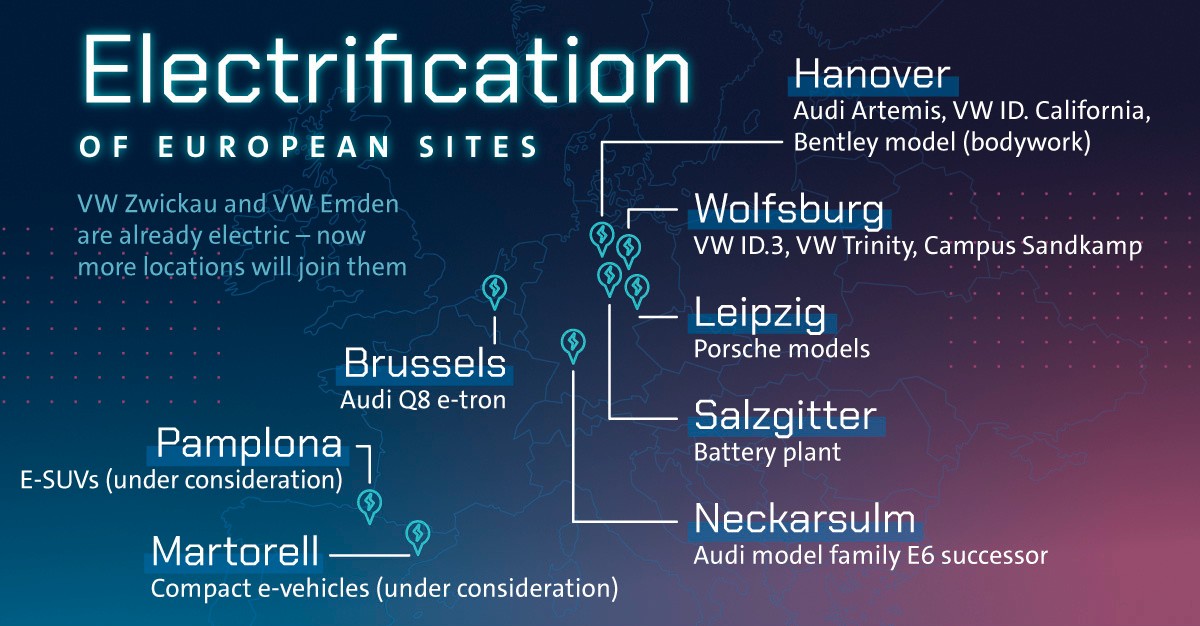