Is this upgrade the first step toward accommodating production of the $25,000 EV?

Tesla’s Shanghai Gigafactory will see an expansion of its manufacturing capacity as the US company announced new investment of 1.2 billion yuan ($188 million) into the plant.

The facility’s manufacturing area will be increased while including a certain level of environmental protection investment, Tesla disclosed in a new environmental impact assessment report published on Shanghai’s corporate environment information public platform.

According to state-run Global Times website citing information disclosed in the assessment report, Tesla will upgrade the plant’s phase one production lines by investing 1.2 billion yuan ($188 million) in the project, of which 85 million yuan ($13.3 million) will be allocated for environmental protection.

The expansion project will be carried out in Tesla’s car manufacturing areas of the existing Model 3, Model Y, “and other derivative car models.” Could this new site also see the birth of Tesla’s $25,000 electric compact hatchback? We do know it will be developed and built in China, likely on a shortened Model 3/Y platform, so one can only hope that's the case.

The company did not mention how much the plant’s production capacity will increase following the upgrade. It did say the project will lead to an increase in employees, without providing numbers.

The project is expected to start construction this December and complete in April 2022. In the report, Tesla said it already completed calculation of the project’s carbon track and carbon emissions.

This is great news for Tesla and its Chinese subsidiary and it builds on other recent investments into new R&D and data centers at the Shanghai complex. A production upgrade is clearly needed as a recent flyover video of the site showed the parking lot almost full of new cars.

Another recent video showed a new construction site at the plant, and if it’s the one Tesla mentions in the environmental impact assessment report, it’s a pretty big one (see video below).

Tesla set a sales record of 56,000 cars in September in China, up 27 percent on a monthly basis, according to data from the China Passenger Car Association. 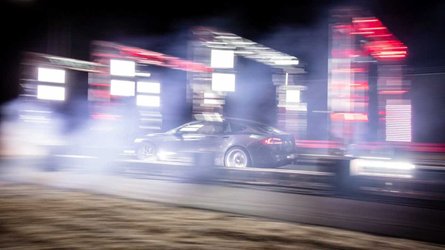 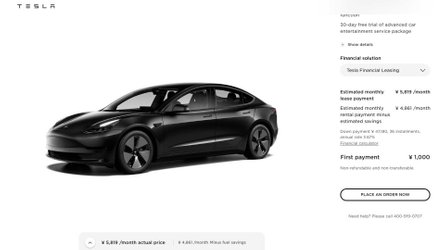