The 1963 classic has had its boxer-four ripped out by Electrogenic, replaced by a comparable electric motor and battery pack.

The Porsche 356 is today’s 911 model’s iconic forefather, which also directly links the 911’s lineage and inception to that of the Volkswagen Beetle. And just like the Beetle, the original 356 wasn’t the most powerful sports car on the road, but it was so well engineered and good to drive that it quickly gained cult status.

Nowadays 356 prices have gone through the roof; even abandoned rust buckets that you can see through are fetching surprisingly high prices and people are putting in the massive work needed to restore them simply because they are in such high demand. Perhaps this is why we haven’t seen that many of them converted into electric vehicles, because they are simply more valuable stock.

Well that hasn’t stopped a British shop called Electrogenic from converting this 1963 356C coupe into an EV. Just like many other companies who turn expensive classics into EVs, Electrogenic says everything it did to the car is fully reversible, should a future owner want to rever to the original ICE powertrain.

When it left the factory nearly six decades ago, this 356C had a 1.6-liter boxer engine with an output of under 100 horsepower. By comparison, the new air-cooled brushless electric motor installed in its place only makes marginally more power, 120 horsepower, but a lot more torque, 173 pound-feet (235 Nm), versus the original rating of just 91 pound-feet (124 Nm).

The battery 36 kWh pack is average-sized for a conversion like this, probably towards the larger end of the tables, it provides enough juice for around 140 miles (225 km) of range and it can be charged at a maximum 15 kW, good enough for a full charge in under 3 hours.

Rory Reid from AutoTrader visited Electrogenic’s site in Oxford and also took the battery-powered 356 for a spin around a track. He seems quite happy to drive an EV with a manual gearbox, but what does he think about the rest of the package and the idea of converting a classic to run on electrons? 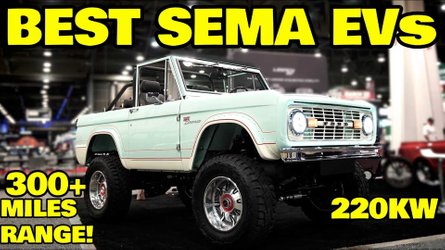 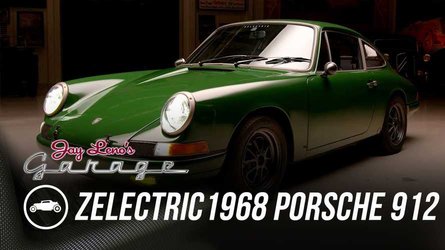