VW CEO Diess Tries To Ease Internal Conflict: Will He Get Ousted?

Change is hard, and it's proving to be an issue among VW workers related to Tesla rivalry and the future.

Volkswagen Group CEO Herbert Diess may have one of two motives here, or perhaps both. He has to work to lead VW toward a successful future, which means working to solve conflict among employees and executives. However, he may also be working to keep his job.

Reportedly, Volkswagen workers are in conflict over the company's future plans. Diess says, in order to succeed with electric vehicles and compete with Tesla, the pace of innovation needs to be accelerated. However, many old-school thinkers are still deeply invested in gas-powered cars and SUVs.

According to Automotive News, Diess recently spoke to employees at VW's Wolfsburg factory. He shared some simple words of wisdom at a staff meeting:

"Only as a team can we make Volkswagen future-proof."

In attendance at the meeting was works council chief Daniela Cavallo (more on this below), as well as a Lower Saxony politician and the head of the IG Metall trade union.

Diess has been on an electric-car push for some time now, and he's gone so far as to tout Tesla, connect with Elon Musk, invite Musk to speak to employees at a meeting, and tell workers that VW may be in bad shape in the future if it doesn't get its ducks in a row.

The foward-thinking VW Group CEO is honestly afraid the automaker could lose market share and clout if it doesn't do everything it can to compete with Tesla. He continued:

"I'm being frequently asked why I keep comparing us with Tesla. I know this is annoying to some."

"Even if I no longer talk about Elon Musk, he will still be there and revolutionizes our industry and keeps getting more competitive quickly."

However, workers at VW are afraid that jobs will be eliminated if the company speeds up its pace of innovation and focuses on topping Tesla. In fact, based on reports from other publications, it seems Diess could be out of a job if he continues his current dialogue.

This would come as no surprise since, despite efforts to move toward electrification, German automakers are still heavily invested in the past. And, while Diess' words are arguably true, admitting you are lagging behind a controversial American automaker is clearly no something that's taken lightly in Germany. The following Twitter thread sheds plenty of light on the situation as it stands.

Click on the above tweets for a much longer thread, which is all based on an article from Financial Times. 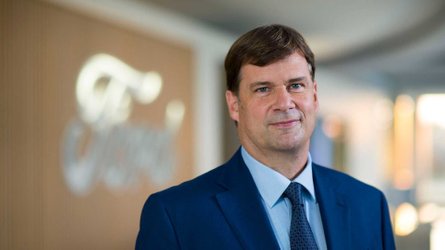 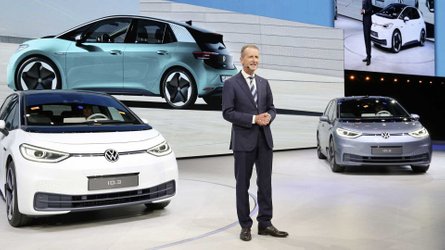 Once you've had a chance to take it all in, let us know what you think about this situation. Do you agree with Diess? Do you think he'll get ousted?

If VW workers lose their jobs, where will they go? As it turns out, Tesla is just about to open a new factory in Germany, and it's hiring. Perhaps there's a place for Diess at Tesla Germany as well.