Xpeng has launched a new beta system to assess drivers' behavior ahead of a full 2022 rollout.

XPeng Motors, an electric vehicle maker based in China, has already made a habit of following in Tesla's footsteps in many ways. Now, as the company works to update its XPilot self-driving technology, it has plans to put a "Smart Driving Points" system into place. The system, much like Tesla's new "Safety Score," will track driving behavior to help make sure future Xpeng owners use its semi-autonomous tech safely.

According to Electrek, XPeng has already launched the Smart Driving Points system to a small public test group in beta form. Sound familiar? The automaker has plans to roll it out fully in the first half of 2022. Interestingly, another popular EV company in China – NIO – has stated that it will require drivers to be tested before they can use its driver-assist system. This came after a fatal crash that was reportedly due to improper use of NIO's semi-autonomous technology.

For those unaware, Tesla is already using its Safety Score Beta system to provide drivers with a score related to their driving. The scores are being used to determine who gets to join the Full Self-Driving (FSD) Beta testing fleet. The Safety Score is also being used for Tesla's in-house insurance program, which was recently launched in Texas.

Electrek cited a recent post by XPeng on its Weibo page. The post is essentially the brand's official announcement of the new Smart Driving Points system. The technology provides drivers with 100 points at the onset. The driver will then either keep those points or lose them based on driving behavior. An explanation of the various scoring parameters was provided by CnEVPost and shared by Electrek.

Once an XPeng owner authorizes the use of the system, it will monitor driving based on the following indicators: 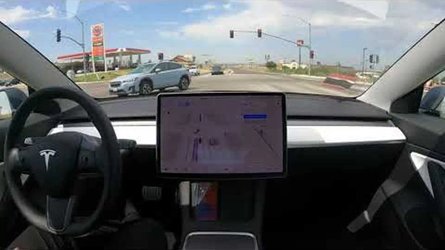 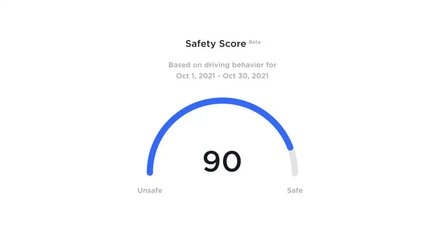 Drivers must have a score of 90 or better to get early access to over-the-air updates for XPeng's driver-assist technology. Drivers with a score of 0 will have to start over. Every year, the original 100 points will be reset. XPeng says all drivers can expect to get a trial version of the Smart Driving Points system this December.