EdisonFuture EF1-T Is An All-Electric Pickup With Solar Charging

The company has announced it will begin accepting reservations starting in November.

SPI Energy is a Chinese company founded in 2016 whose main area of activity is in renewable energy and earlier in 2021, the company announced its intention to also launch a fully-electric pickup truck and this is our first look at that vehicle, the EdisonFuture EF1-T.

The EF1-T is the pickup version of their new vehicle, while the EF1-V is the utility van. The pickup has a crew cab configuration, with four doors, and an open bed in the back, while the van repurposes the rear doors as access into the cargo area and is fully covered all the way to the end of the vehicle - it still looks like a pickup that wants to be a van, but it does meet the criteria to be called one.

A uniquely designed solar mosaic technology that provides a stunning visual signature while also harnessing the power of the sun to recharge the batteries, enabling work vehicles to continuously charge while in the field.

The press release we found announcing this model’s arrival didn’t have any information about battery pack size or projected range. Maybe these figures will be revealed when a prototype of the EF1-T will be unveiled at the LA Auto Show on in mid-November and the company has also announced that it will begin accepting reservations at the venue.

We're excited for the opportunity to showcase our latest EV innovations at the LA Auto Show, the first major auto show of the season. With industry influencers, car enthusiasts, and consumer buyers in attendance, the LA Auto Show provides a tremendous platform to bring awareness to the next-generation technology powering our EF1-T e-pickup truck. 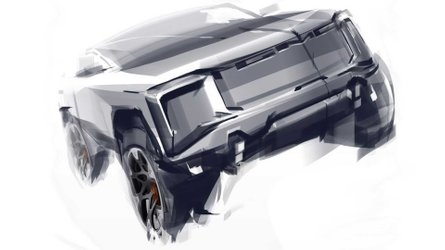 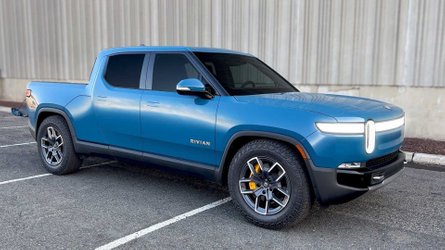 MKBHD Says Rivian R1T Is An Incredibly Fun Electric Pickup
By: Andrei Nedelea
++
Got a tip for us? Email: tips@insideevs.com