The E-HS9 is built by FAW and it shows the company has gained significant knowledge from all the joint ventures it’s involved in.

Just over a decade ago, Chinese cars were a joke compared to vehicles built by experienced manufacturers. We used to laugh at their poor quality, performance and safety, but to prove just how far the Chinese automotive industry has evolved it’s now making vehicles like the Hongqi E-HS9 and there’s nothing to laugh about here.

Sure, perhaps the look might not be to everyone’s taste, but at least it can’t be accused of being a copy of another vehicle’s design. It is a unique looking thing on the outside, while on the inside Kris Rifa discovered that it’s every bit as luxurious as premium models from established automakers, at least during his brief encounter with one of the only four E-HS9s currently in Europe (more specifically in Norway).

It is also a very big car - it’s about the size of a BMW X7 - and this translates into huge levels of rear legroom and space for a third row of seats (it’s available as a six- or seven-seater). Quality inside is excellent, as per this video, but even just based on the video, the vehicle does manage to pull off a seemingly premium interior.

Regarding its specs, well, there will be two versions with two battery packs. The first has 76.5 kWh of usable battery capacity and makes 436 horsepower, while the 90 kWh version gets 551 horsepower and is able to sprint to 100 km/h in just 4.9 seconds. The latter can also be charged at up to 108 kW, quick enough to take it from 10 to 80 percent in 35 minutes.

Once they get the vehicle on the move, the luxury impression they got while it was static is confirmed. The ride is great, courtesy of the long wheelbase and the fully-specced tester’s air suspension. Kris was present at the test drive venue with Bjorn Nyland and they both produced videos about the vehicle. 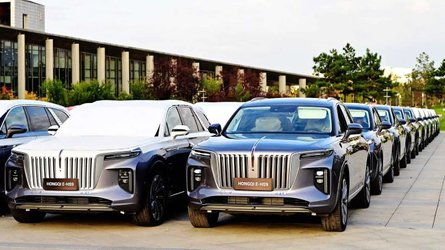 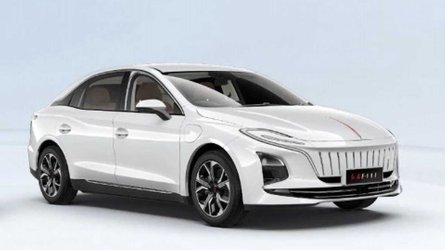