Mustang Mach-E GT Performance Is Quick 0-60, But Not Quarter Mile

The REVan Evan YouTube channel recently published its first test of the Ford Mustang Mach-E GT Performance Edition. Interestingly, a commenter pointed out that the electric crossover holds back or limits acceleration toward the end of a quarter-mile run.

Based on the information gleaned from Mach-E Forum.com, as well as multiple comments, and even details reportedly provided by Ford, the Mach-E GT Performance delivers full power for about five seconds, then ramps down performance to limit heating. This is likely to preserve the electric car's battery life. One comment reads:

"Hopefully they have a update coming that gets the MPH up being it looks like they’re holding back performance on the top end in the 1/4 mile."

The post on the forum says you get about five seconds of full power, which gets you past about 60 mph. After that, it seems the acceleration is not so impressive. Ford says the Mach-E GT Performance can hit 60 mph in 3.5 seconds. Multiple quarter-mile runs shared online have come in around 12.6 to just under 13 seconds.

The thread goes on to say that the Mach-E GT Performance Edition can complete a quarter-mile run in the low 12s, which is more than good enough by most standards. The person relaying some of the information makes it clear that this car will be his new daily driver, and he has no intention of hitting the drag strip.

REVan Evan, the publisher of the YouTube video above added:

"The way Ford explained it, it gives full power for about 5 seconds then it ramps back the battery power to limit heating. It's done for long-term battery life in order for Ford to guarantee 70-plus percent battery life for 8 years. My guess is that as the technology improves, so will power."

If it were up to us, and it's certainly not, we would vote for all cars to have such a feature. Being able to blast to 60 mph in mere seconds is already dangerous. There's really no reason for cars to be able to accelerate so quickly at higher speeds or have ridiculous top speeds.

That said, some drivers like to take their cars to the track. And, there's constant competition among carmakers to make the quickest vehicles. Ford backing off acceleration to preserve battery life may be seen as a good choice by some, but other folks want their high-performance Mustang crossover to compete against Tesla's vehicles.

At any rate, there's also talk about Ford still figuring out how to handle the heat and to make the car accelerate as quickly as possible. One comment reads:

"From what I’ve heard it’s not just a programming issue. They need to come up with some way to deal with heat buildup. One run wouldn’t do it, but how many people can hold themselves to just one run at the track. Don’t want to smoke your motor right away."

Finally, there's some speculation about Ford providing updates to the car to allow it to use full power for a longer period of time. 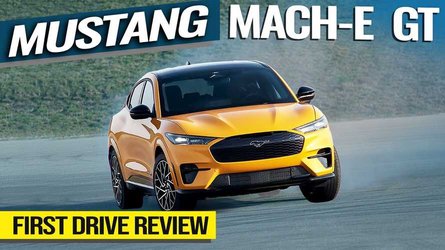 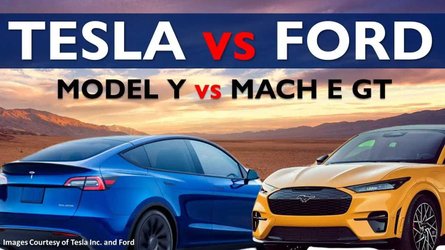 We'll be waiting and watching for more details and clarity surrounding this topic. If you've heard or learned anything we haven't shared, please add it in the comment section below. As more people take delivery of the new Mach-E GT variants, we should be able to glean more information from tests and reviews.