Lucid Air test drivers' motto seems to be: "Some call it rigorous testing. We call it fun."

Alongside the Rivian R1T, the Lucid Air is one of the few products from EV startups that has recently made the transition from a cool project to an EV that people can actually buy and own.

Last week, Lucid Motors started production of the Air Dream Edition at its plant in Casa Grande, Arizona, with deliveries expected before the end of October.

It was a pivotal moment for the company that started out in 2007 as Atieva and rebranded itself to Lucid Motors in October 2016. The EV startup finally has a product to show for itself, and it’s a very promising one.

We've already got behind the wheel of a Lucid Air Dream Edition (even if for only 15 minutes), and we were left wanting for more. Now, for all its crazy specs—up to 1,111 horsepower and 0-60 in 2.5 seconds—the Lucid Air leans more toward luxury and comfort than insane performance. As it should, since it has a starting MSRP of $169,000 before incentives.

However, that doesn’t mean that it’s not fun to drive. If you don’t believe that, you should watch this video Lucid Motors recently shared on social media. It starts by showing two Lucid Air prototypes being put through their paces at a track that looks like Sonoma Raceway.

Titled “Track Testing,” the video shows the company’s test drivers drifting the Air like there’s no tomorrow—including on all four wheels. We have to admit that the Air looks great doing it, even though no car of this size (it’s 196-inches long and it weighs 4,630 pounds) is supposed to do stunts like these. The video also shows the Lucid Air at a drag strip and on a banked oval doing speeds as high as 168 mph (270 km/h).

Reservation holders will be glad to know that their car is this capable on a track, but chances are very few owners will drive their Air luxury EVs like this. Still, the fact that these vehicles are capable of it clearly matters and people might even want Lucid to attempt setting some records after seeing this video. As one commenter puts it, "Soooo, when's the trip to the Nurburgring?" 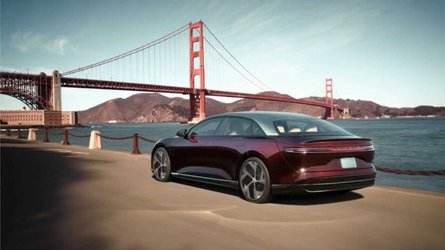 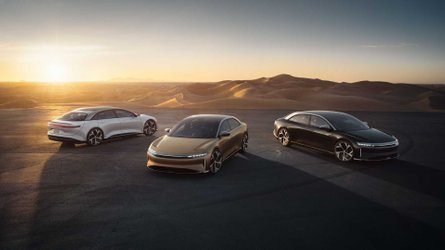 Lucid Air EPA Range Rating Amazes At Up To 520 Miles