Owners of affected vehicles will have their windshields reinstalled and panoramic roofs glued properly at Ford dealers.

The 2021 Ford Mustang Mach-E is seeing another recall following the one announced in March over loose front subframe bolts.

This time, however, the new recall (technically there are two of them) affects some 5,000 vehicles sold in Canada. Mind you, there's always the risk that the action could also expand to Mustang Mach-E vehicles sold in the US because the electric crossover is made at the same Mexican plant for both markets.

The first recall (Manufacturer Recall Number 21C22) concerns 3,178 units sold in Canada. On these vehicles, the windshield may not be properly attached, causing the glass to become loose and separate from the vehicle in case of a crash.

Needless to say, a windshield that detaches in a crash could create an increased risk of injury, so Ford will notify owners by mail and instruct them to take their Mach-Es to a dealer to remove and reinstall the windshield.

The second recall (Manufacturer Recall Number 21S42) is somewhat similar and concerns 1,812 Mustang Mach-E vehicles sold in Canada. On these models, the glass panel of the panoramic sunroof may not be properly attached.

As a result, the glass could become loose and separate from the vehicle over time, creating a road hazard for others and increasing the risk of a crash. To fix this problem, Ford dealers will clean and install additional adhesive to the panoramic roof glass.

As several Twitter users pointed out upon hearing the news, the second recall is a bit ironic for Ford seeing as Darren Palmer, Ford’s head of electric vehicles, said at the EV’s launch in December 2020 that the Mustang Mach-E’s “roof doesn’t come off.” Well, as it turns out, on certain models it does.

“The doors fit properly, the plastics and other materials color-match, the bumpers don't fall off, the roof doesn't come off when you wash it, the door handles don't get stuck in cold weather.”

Darren Palmer, Ford global director for BEVs in an interview with Autoblog

That was obviously a direct jab at Tesla and its quality control issues. As one Twitter user ironically put it, “This aged well.” 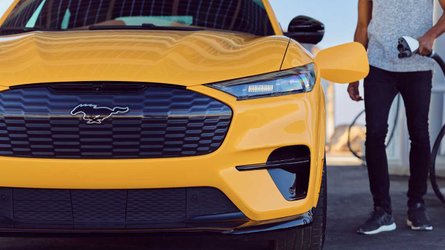 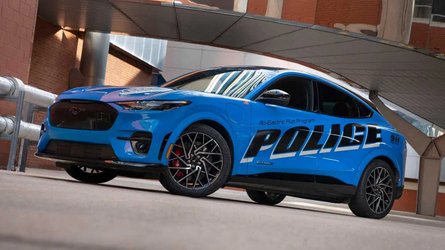