Ford will charge $3,900 for the Eluminator, but the price doesn't include a traction inverter, control system, or battery.

A week ago, Ford Performance teased its first electric crate motor, which will debut at the SEMA Show in early November as the “Eluminator.”

Now, we have some basic specifications and even pricing for Ford’s electric crate motor, courtesy of the product page that we came across via Autoblog and Bozi Tatarevic. As expected, the unit (part number M-9000-MACHE) is sourced from the Mustang Mach-E GT and makes 281 horsepower (210 kW) and 317 lb-ft (429 Nm) of torque.

Ford Performance charges $3,900 for the motor, which comes with low- and high-voltage wiring harnesses, and a vent tube. The traction inverter, control system, and battery are not included.

However, Ford will probably make them available under separate numbers to help buyers put together a running car. Mind you, that will increase the cost of your project, and even if you get the battery from another company, it won’t be cheap.

The “Buy Now” button on Ford Performance’s product page is still not active, but we assume it will be once the electric crate motor debuts at SEMA. We’re also hoping Ford will also unveil battery options at the show along with other components that are needed for an EV conversion.

Chevrolet Performance is also bringing an electric crate motor, though it offers significantly less power and torque than Ford’s. The Electric Connect and Cruise eCrate is sourced from the Chevrolet Bolt and makes 200-horsepower and 266 lb-ft (360 Nm), with a 60-kWh battery pack also on offer.

The kit comes with DC-to-AC power inverter to drive the electric motor, DC-to-DC power converter to power low-voltage systems, as well wiring harnesses, controllers and water pumps for battery heating and cooling. Given the recent Bolt recall, though, it remains to be seen whether Chevrolet will make any changes to its kit. 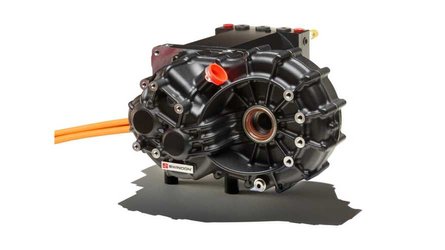 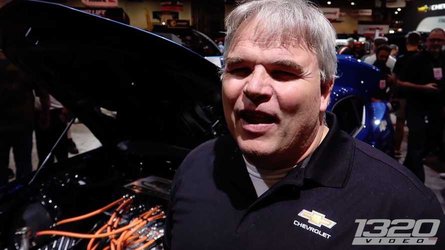