The GT is the most powerful and most expensive Mach-E variant.

Ford has finally started delivering the top spec Mustang Mach-E GT to customers even earlier than announced. This is exciting news because the GT has to be one of the most anticipated Ford models to hit the market this year.

According to Mach-E Forum member 0to60-3.5, he took delivery of his Mach-E GT Performance Edition finished in Rapid Red Metallic two weeks ahead of schedule - this suggests that all who ordered the GT could see their vehicles sooner than anticipated.

It is worth noting that 0to60-3.5 may have received his Mach-E early because it was the Performance Edition and Ford may be prioritizing this most expensive variant to reach customers first.

0to60-3.5 ordered his vehicle on May 1 and it was delivered to him on August 19, in Cedar Rapids, Iowa. He was initially informed to expect the vehicle between August 31 and September 6, but the estimate went down twice and the vehicle’s status changed to ‘ dispatched ’ on August 17.

The vehicle reportedly very quick to accelerate, as it should with 480 horsepower (358 kW) from its dual motors that can propel it to 60 mph (96 km/h) in 3.5 seconds. It is three tenths quicker because it’s the Performance Edition whose peak torque is upped from 600 pound-feet (812 Nm) to 634 pound-feet (860 Nm); the regular non-Performance Edition GT model sprints to sixty in 3.8 seconds.

The Mach-E GT is priced from $59,900 before incentives or tax credits and the Performance Edition model costs $66,000, and aside from the aforementioned performance boost, it also has unique badging, standard adjustable dampers, unique 20-inch wheels and Ford Performance seats.

Both versions feature the same 88 kWh battery pack that gives the GT an EPA range of 270 miles and the GT Performance Edition slightly less at 260 miles.

More on the Mach-E GT 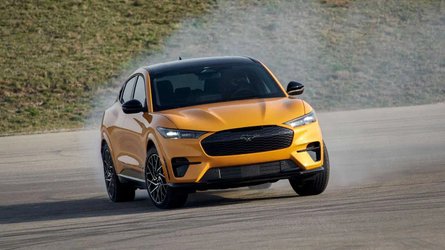 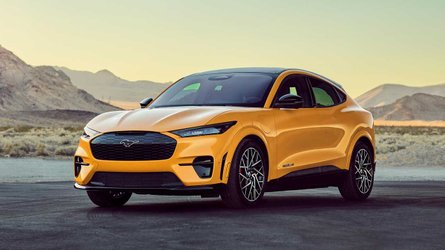