If the new computer/hardware isn't ready, will Cybertruck be delayed?

The Tesla Cybertruck seems to be a vehicle people either love or hate. Regardless of what you think of it, it's hard not to agree that it's an attention-getter. Moreover, it will use a new manufacturing process, it will offer unique features and capabilities not found in rivals, and now, we learn that it may be the first Tesla vehicle with the upcoming Hardware 4 computer.

The Hardware 4 computer was also referred to as the FSD Computer 2 in last evening's Tesla AI Day event, which kicked off at 8 PM – though it started on Elon Musk time – and ran for some three hours.

If you're not a techie or don't know much about Artificial Intelligence and Machine Learning, you were probably about as confused as most of us were if you watched AI Day. However, Tesla and Musk shared plenty of valuable information, some of which likely made sense to the masses.

One key takeaway from the event was that Tesla is working on a successor to its Hardware 3 computer, which is found in all new Tesla vehicles. Elon Musk noted that Tesla's Hardware 4 computer is coming in "a year or so," and it will probably debut in the Cybertruck ahead of Tesla's other vehicles.

Musk referred to Hardware 4, as well as the FSD Computer 2, which it appears are just different titles for the same computer. He brought it up as people were asking questions. Of course, Musk said it will perform better than the current computer while offering better safety. More specifically, Musk said that while HW 3 has the ability to be 300% safer than a human driver, HW 4 may drive that percentage up to 1,000. Musk said, via Teslarati:

“I’m confident that HW 3.0 or the FSD Computer 1 will be able to achieve full self-driving at a safety level much greater than a human, probably at least 200-300% better than a human. Obviously, there will be a future HW 4.0 or Full Self Driving Computer 2 which we’ll probably introduce with the Cybertruck, so maybe in about a year or so." 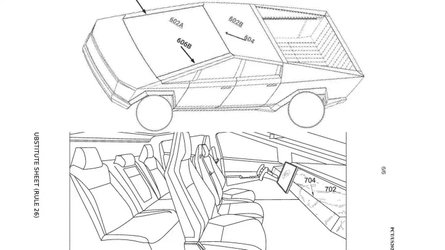 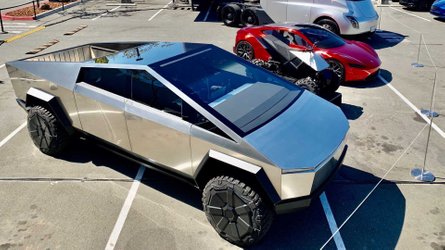 The Cybertruck, much like most of Tesla's future projects, has been pushed back, though it's still expected to come in less than "a year or so," but who knows.

Do you think the Tesla Cybertruck will be delayed further until the FSD Computer 2/Hardware 4 is ready? Will Tesla be able to use the computer as an excuse to push back deliveries? Or, will Tesla simply deliver the electric pickup truck with the current hardware and then update it when possible?

If you didn't get to watch Tesla's AI Day last evening, and you have some time on your hands, check it out below: