The claim belongs to an unnamed source within Tesla and would partly explain why Cybertruck production was pushed back to 2022.

A few days ago, Tesla updated the Cybertruck configurator page by pushing back the production start date from the end of 2021 to sometime in 2022.

As it turns out, this delay may be have been caused by the fact that company engineers and designers have only recently finalized the electric truck’s styling and dimensions. That’s according to Tesla insider Sawyer Merritt who cited an unnamed company source.

The source within Tesla had no more information to share, but it’s not like we did not see this coming. In January 2021, Elon Musk said that the Cybertruck design was “almost finished” during the Q4 2020 Earnings Call.

However, only a month later, Musk said during the Joe Rogan Experience podcast that the Cybertruck was still going through some minor design modifications pertaining to size. While he stated that the Cybertruck unveiled at the Hawthorne Design Studio in November 2019 was “pretty much what it will look like,” he added that most of the changes were related to making it slightly smaller.

“You know, we adjusted the size a few percent. Like around 3% or smaller. You don’t want it to be a couple of inches too big for the tunnel,” Musk said.

The changes applied to the Cybertruck’s design may also explain why Tesla has decided to prioritize Model Y production at Giga Texas, the same plant that will build the Cybertruck. During the Q2 2021 Earnings Call, the company confirmed that the Model Y will be the first vehicle made at the new facility.

Construction at the factory located just outside Austin, Texas is still ongoing, but some reports claim that production nears and could start within the coming weeks. 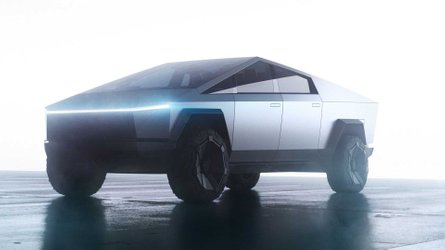 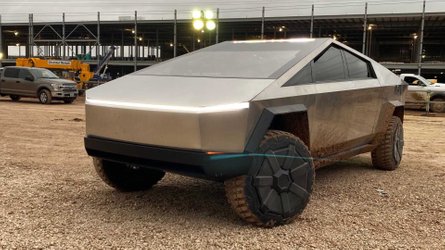 Tesla Now Has More Than 1.25 Million Pre-Orders For The Cybertruck