There was a time when TDI was Audi's future; now, that failed future meets Audi's new, all-electric future in an unlikely drag race.

Dieselgate caused a huge shift in Audi’s strategy, with the German premium car manufacturer now fully committed to build only zero-emissions vehicles in the future.

But things were way different in 2008, when Audi introduced the big and brawny Q7 V12 TDI. At the time, it was the world’s only production passenger car featuring a V12 diesel engine, and it kept those bragging rights until it was discontinued in 2012 because no one was mad enough to try something similar.

“Audi is firmly convinced that the TDI engine represents the powerful and economical alternative for the future of motoring, and is therefore preparing a model drive to bolster this trend,” the carmaker said in January 2007 when it announced the V12 TDI engine. I think you will agree that the above statement didn’t age that well; just replace “TDI engine” with “all-electric powertrain,” and you could say it's from a 2021 release.

To see how one of Audi's modern all-electric SUVs' performance compares against the Q7 V12 TDI, Carwow has pitted the latter against the e-tron Sportback 55 quattro. That’s Audi code for 300 kW (402 hp) of maximum power and 664 Nm (490 lb-ft) of peak torque (both available in boost mode), and it translates into an official zero to 100 km/h time of 5.7 seconds.

Will the e-tron Sportback’s instantly available peak torque offset the Q7 V12 TDI’s two-tenths-of-a second advantage? Only one way to find out. 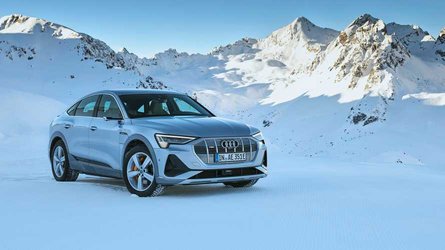 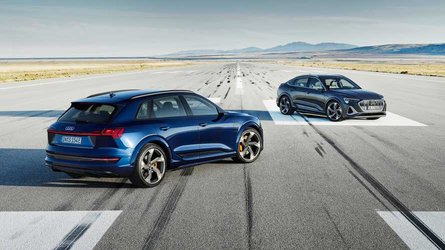 Audi Bumps Up The Sportiness With 496 HP e-tron S And e-tron S Sportback
By: Dan Mihalascu
++
++
Got a tip for us? Email: tips@insideevs.com