It’s speed through the maneuver is quite low and it tends to understeer wide.

Understeer is not the first handling behavior that comes to mind when talking about a rear-wheel drive vehicle, yet it is the issue preventing the Volkswagen ID.4 from posting a better moose test result. Km77.com tested the ID.4 in its most powerful rear-wheel drive configuration and its result wasn’t that impressive.

The highest speed at the beginning of the avoidance maneuver was just 73 km/h (45.3 mph). This is slower than the recently tested Audi e-tron Sportback, which completed the moose test with an entry speed of 75 km/h (46.6 mph), but faster than a Kia e-Soul whose speed was a modest 68 km/h (42.3 mph).

It is pointed out in the video that the eco-minded Bridgestone Turanza tires are partly to blame. The VW ID.4 exhibits quite strong understeer if pushed hard, although otherwise it is stable and controlled throughout the entire maneuver - it looks very stable, safe and predictable. Maybe with sportier tires, its performance could be improved.

The ID.4 tested had the rear-mounted 201 horsepower motor; maybe the more powerful all-wheel drive ID.4 GTX will perform better in a similar situation, although it will still come down to what tires it has on. This video makes it seem as if the tires are the biggest limiting factor and that if they were changed for a stickier less efficiency-minded set, this would dramatically change how the ID.4 fares in the moose test.

When I drove the ID.4 a few weeks ago, I got brief access to a skid pad where I threw it around just to see how it behaved, hoping to get it to oversteer. To my surprise, though, my tester (that was in a similar spec to this example tested here) also exhibited quite strong understeer, but it was always safe and predictable. 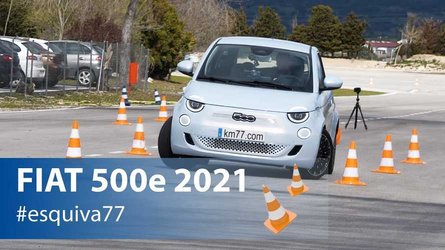 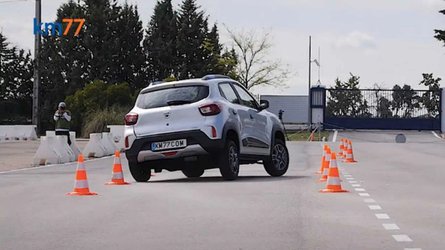