Europe is at the heart of the EV revolution, both for electric car production and adoption.

As the world slowly but steadily heads out of the coronavirus pandemic, the global economy is waking up – along with inflation concerns – and car markets are recording a sustained recovery from last year’s rout. Europe is at the heart of the EV revolution, both for electric cars production and adoption, with many countries boasting encouraging EV market share growth month after month. Following a promising first quarter, April is no different.

Italy’s car market plays in unison with other countries, even after the end-of-quarter electric bonanza experienced in March. The latest official Unrae data for April show yet another month of exponential EV gains for Europe’s fourth-largest car market (and perhaps the continent’s most peculiar). With over 146,000 registrations, it greatly rebounds from last year’s historic debacle of April 2020 (when only 4,352 units were registered amid the strictest of lockdowns), and the picture looks rather green. Traditional ICE powertrains keep retreating, with petrol and diesel units now at 31.9% and 22.8% share respectively. Plugless hybrids scoop up most of the ground lost by ICE vehicles, achieving a near-record 28.7%.

Plug-ins also score strong numbers, despite the unfavorable quarter-start seasonality. Full electric cars reach 4,851 registrations for a 3.3% market share. This is roughly ten times the sales from a year ago, an unmeasurable difference as numbers were then affected by nationwide closures. While nowhere near the recent records of March or December (with over 7,000 units), this result is third-best to date and also substantially above the rather soft numbers from January and February, when Italy got off to a slow start of the year. We should expect a consistent >3% BEV market share in the coming months, with a few surprises possible as new eye-catching models land their first sales later on in the year. 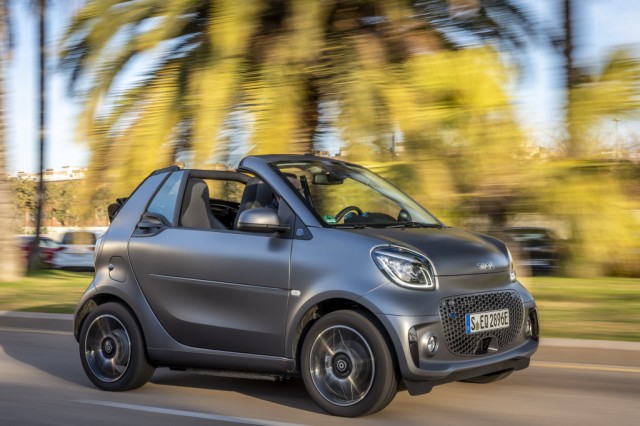 PHEVs are once more in the spotlight this month, as they post 6,673 registrations for a 4.6% market share. This means the favorable trend that has seen plug-in hybrids unusually overtake BEV sales in the first three months of the year is reaffirmed, in what is the second-best performance to date for PHEVs in Italy. Will we see this trend subside as new long-range BEV models help revert demand back to fully electric vehicles? Much will undoubtedly depend on the dealerships’ willingness to push the new technology.

With April registrations, the combined monthly share for plug-in cars in the country stands at 7.9%, the third-highest figure to date (the top two being recent year and quarter ends), and a great start to the second quarter of 2021. It certainly can be expected for plug-ins to progressively increase their grip month by month, with added spikes and growing momentum as the market widens with new models to attract demand. In the meantime, monthly favorites in the BEV arena are indeed changing. Are Italians starting to respond to the slew of mid-size full-electric models? The Top 10 chart suggests this is the case. 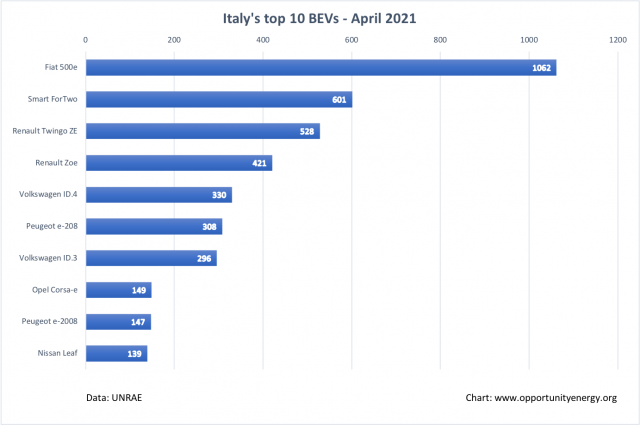 While little has changed at the top, there is wind of change in the middle. As Renault Zoe trails the podium in fourth place with 421 registrations, an important Tesla competitor finally enters the scene. It’s of course the D-segment VW ID.4 SUV, which debuts in fifth place at 330 units. It’s too early to make any forecasts on future sales levels in the country, but its ongoing success in the rest of Europe bodes well for this family-friendly new entry. 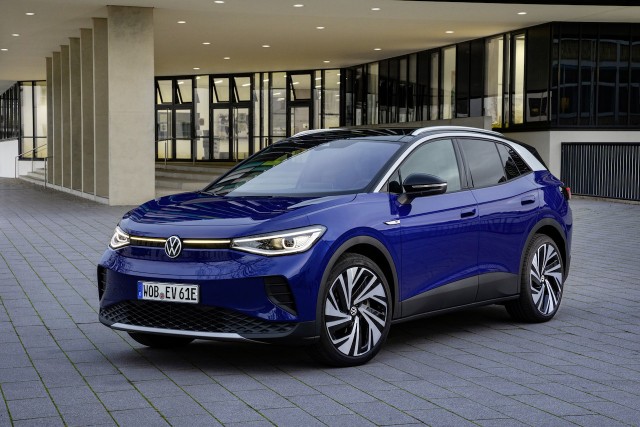 Peugeot e-208 follows in sixth place with 308 units, confirming its preferred status among the PSA sibling models. VW ID.3 (296 registrations) is just below in the seventh position, following up on its good March sales in what could be the beginning of more steady deliveries to the country (to be confirmed). At the lower end of the chart, Opel Corsa-e and Peugeot e-2008 take eighth and ninth place, while Nissan Leaf closes in tenth with steady, if a bit underwhelming, sales levels.

As we enter the central months of the year, all electric cars’ statistics and news keep pointing in one direction: fast growth and market expansion. While the infant Italian EV market is still fighting its way to double-digit market share, the growing offer of new, more mature battery-electric models with longer range and greater size starts to find its way in a theatre so far dominated by city cars. The first signs of maturity?