The manufacturer also showcased its AI-enhanced voice controls for accessing many of the car’s functions.

Faraday Future’s FF 911 luxury lectric vehicle will come with an available 27-inch screen for rear seat passengers. In an age when video conferences are becoming ever more popular (and often necessary since meeting face to face is still not an option in many cases), this seems like a feature that’s very in-tune with what’s going on.

The automaker showcased it in a quick video on its official YouTube channel and it actually seems like a good idea, especially since the big FF 91 is a vehicle many people will prefer to be driven in, rather than driving it themselves. When not in use, the screen is tucked away in its own cubby in the headliner, but you can lower it using voice commands - you just say lower rear display, and it reveals itself.

Faraday Future also wanted to showcase its new AI-enhanced voice command feature in this video, although it’s not clear what exactly the AI part actually does in this instance. In order to understand, you need to read the press release where the manufacturer says a bit more:

With a simple voice command and also have the ability to conduct in-vehicle video conferencing while commuting. FF believes the AI-enhanced voice experience will lead the future of connected vehicle interactions. FF is immersing its first-party voice assistant, the FFAI, deeply into the vehicle OS, enabling it to work continually with as many user touchpoints as possible.

The Faraday Future FF91 also promises impressive performance. With up to 1,050 horsepower, it achieves a claimed 0 to 60 mph time of under 2.4 seconds. Its 130 kWh battery pack is very big even by the latest standards, for a vehicle its size, and it promises an EPA range of 378 miles (608 km) or an NEDC range of 700 km (435 miles). The manufacturer intends to begin sales of the model next year with a price tag starting well north of $100,000. 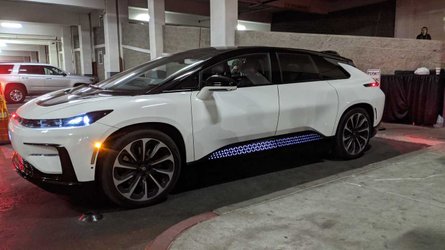 We Take A Ride In The Faraday Future FF91
⠀ 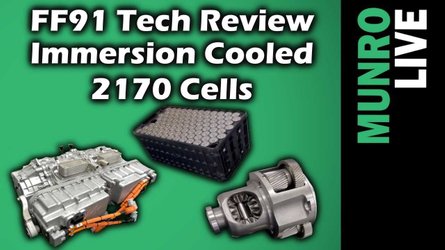