Fisker Teams Up With Foxconn To Manufacture Electric Vehicles

The deal will spawn Fisker’s second vehicle after the Ocean electric SUV.

Fisker has just officially announced it will build electric vehicles with the help of Foxconn, a multinational electronics manufacturer based in Taiwan best known for assembling the iPhone for Apple. Unsurprisingly, this news has had a positive effect on Fisker’s stock which has shot up by over 12 percent after the announcement.

The project the two companies will be working together on is called PEAR (short for Personal Electric Automotive Revolution). Henrik Fisker has said in the past that this second model will represent a leap forward in car design, one that will not only tug at the heart strings, but also impress with its efficiency and green nature.

We currently don’t know too much about the vehicle, other than the fact that it should debut in 2023, and go on sale in Europe, North America, China and India under the Fisker brand with a starting price tag below $30,000. The vehicle will initially be manufactured in the United States and exported around the world, but Fisker says it is looking to open multiple factories around the world to support a projected annual volume of 250,000 units.

Mr. Fisker was quoted in the press release as saying

Our partnership with Foxconn and the creation of Project PEAR has taken shape with remarkable speed and clarity of vision. In order to deliver on our promise of product breakthroughs from Project PEAR, we needed to rethink every aspect of product development, sourcing, and manufacturing. Our partnership with Foxconn enables us to deliver those industry firsts at a price point that truly opens up electric mobility to the mass market.

Young-way Liu, the chairman of Foxconn, said he was excited by this partnership he seemed confident that PEAR will be a success, pointing to his company’s

Project PEAR will spawn Fisker’s second production vehicle after the Ocean SUV, that’s expected to go into production in late 2022. The Ocean will be built by Magna, but it will be sold globally, and production numbers aren’t expected to ramp up until 2023. Its stated starting price is $37,499. 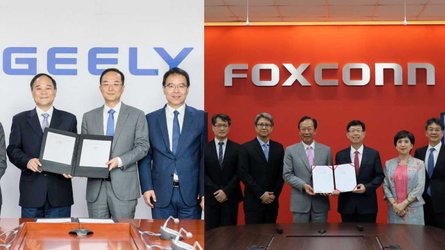 Geely And Foxconn Team Up To Produce EVs For Other Companies 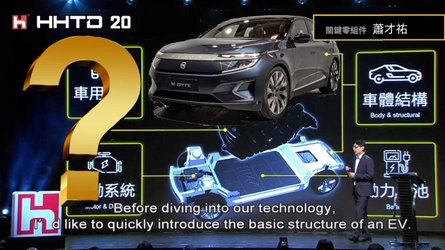