Honda has so far only dabbled in the world of EVs, but it’s planning to do more in the future.

Even though crossovers are shooting up in popularity, with or without an electric powertrain, Honda opted to make its first fully-electric mass market offering a small city hatchback, the E. However, the manufacturer predictably had to add a battery-powered high-rider to its range soon, and it has now previewed that vehicle with the SUV e:Prototype, a concept revealed at this year’s Shanghai Auto Show.

Honda wants to add a total of 10 new fully-electric vehicles to its Chinese range in the near future and a small BEV high-rider will certainly help with sales volumes (the Honda e hatch is not available in China). The e:Prototype is believed to spawn a production model that should arrive in China in 2022, and whether or not it will be sold elsewhere remains to be seen.

There’s also a chance it will be the fruit of Honda’s joint venture with General Motors which will see the former use the latter’s new global EV platform to underpin two BEV models. And at least one of those models will surely be a crossover or SUV and both will be available before the 2024 model year with a promised 400-mile range.

If you were wondering how the e:Prototype might change for production, then this rendering sent to us by ElectricVehicleWeb from India gives us a believable glimpse into the future. Unsurprisingly, they didn’t have to change much to make it seem production ready: just minor details, like the headlight design, bumper design, the shape of the mirrors and other minor details.

The design is very clearly almost identical to that of the 2022 Honda HR-V crossover revealed for the European market not long ago. In fact, we’re pretty sure that with the e:Prototype, Honda is announcing it will have a conventional ICE version of the HR-V, but also a fully-electric one sold alongside. 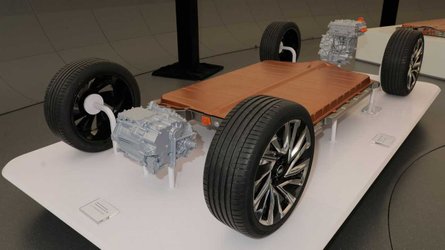 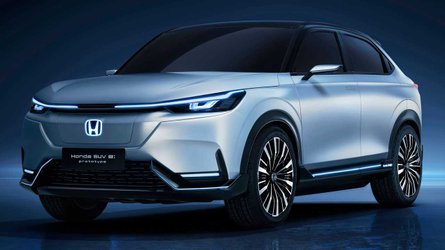